I’ve got these vector Italia 2014 font, from few friend. Thanks because I’m will not vector these set for my worked collection. These Puma Italia font sets design really awesome since the 2007 Pixel font. These font honor Italy’s tradition of craftsmanship, tailoring and attention to detail the special golden edging. 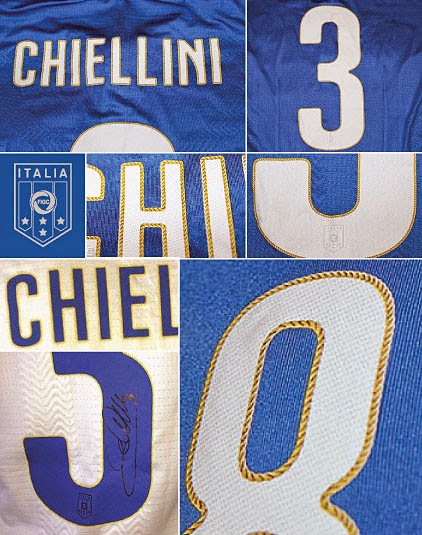 The new Italy 2014 Kits are released with the slogan ‘Believe In The Fifth Star’ together with the Puma The Nature of Believing 2014 World Cup Brazil campaign. Designed to give the players the best chance of performing to their optimum level at Brasil 2014 – even a “micro-massaging” effect in the material to keep muscles supple.