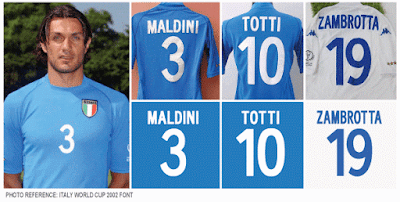 I’m already done and posted these Italy team kits at the early 2012.
However recently, I’m managed to completed the font sets. Italy team still with Kappa sportswear for their kits during the 2002 World Cup tournament. Italy used the official Kappa style font numbers during that period. 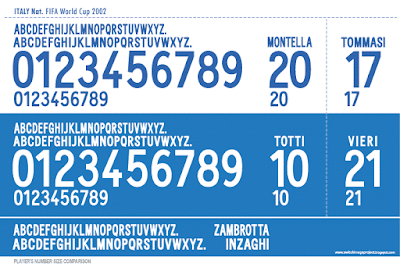