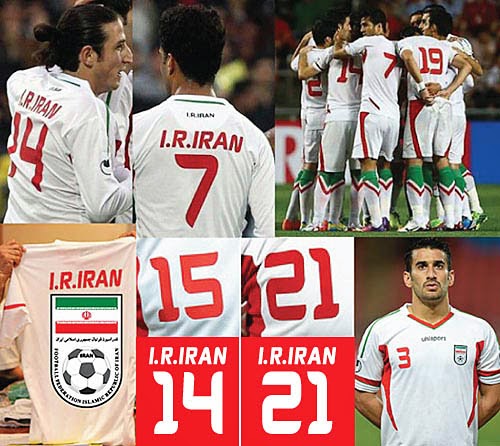 In 1978, Iran made her first appearance in the World Cup after defeating Australia in Tehran, later 1998 and 2006. On 4 April 2011, former Real Madrid manager Carlos Queiroz agreed to a two-and-a-half-year deal to coach the Iranian national team until the end of the 2014 FIFA World Cup in Brazil.

Iran players typeface (not used) but replaced with the text “I.R.IRAN”. These Numeric design maybe is the custom from the Megaverse font.