Roberto Mancini as new coach for Inter Milan and finish third in the end 2004-05. Season 2005-06 Due to Juventus and Milan being caught in the Italian football scandal, Inter was awarded the title a month after the conclusion of another third placed-season. The squad also was capable of winning trophies,since it once again won the Italian Cup, which was coach Roberto Mancini’s third successive cup trophy. 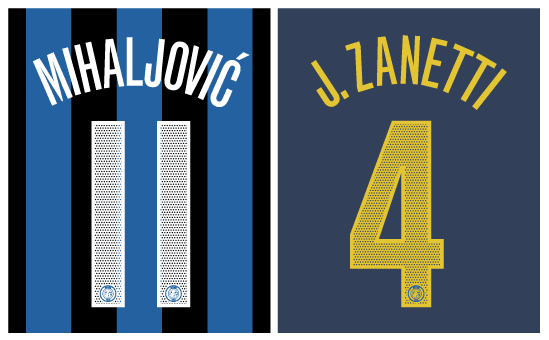 Inter Milan still with the Nike kits from 2004 through 2006 season. Team nameset design was worn ocassionally same design as the Juventus during that period.