1997-98 season, with the a world-class striker in Ronaldo. The young Brazilian was bought on a world record transfer fee from Barcelona, and scored 34 goals in all competitions for Inter Milan. Luigi Simoni give a prize was winning the UEFA Cup,  a 3-0 victory against Lazio in the final and Second places on the Serie A. 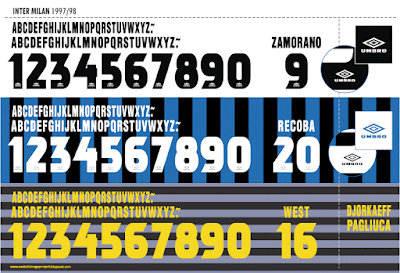 Inter Milan kits supply by Umbro and Pirelli was the main sponsor.