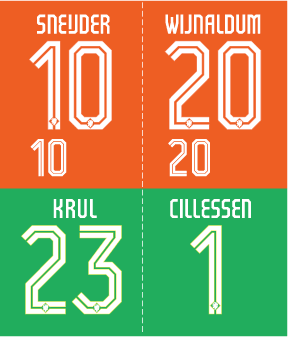 Completed, Holland World Cup 2014 team kits font, additional with the Keeper version. Crouwel has created a modern typeface for the names and numbers used on team jerseys for Holland’s new kit, produced by Nike in collaboration with Dutch designer Floor Wessling.Designed to mark the 125th anniversary of the founding of the Royal Dutch Football Association, the new home uniform includes an orange jersey with a V neck and a hidden white trim inside the cuffs of the sleeves, which can be turned out to suit the preferences of individual players.The jersey also features a redesigned crest with an enlarged white lion – meant to represent “a new era in Dutch football and the team’s core values of simplicity, honor and unity” according to the sports brand – replacing the previous lion’s head. 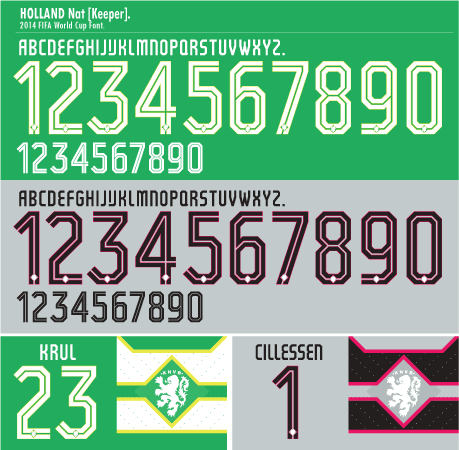