Hellas Verona FC 2014-15 Home, Away and third kits, which are again made by Nike. These new Nike Hellas Verona kits take inspiration from the club foundation in 1903 and the 30th anniversary of winning the Italian Serie A in 1984–85. Main sponsor Franklin & Marshall, a Verona based clothing brand, sponsors the new season Hellas Verona kits. 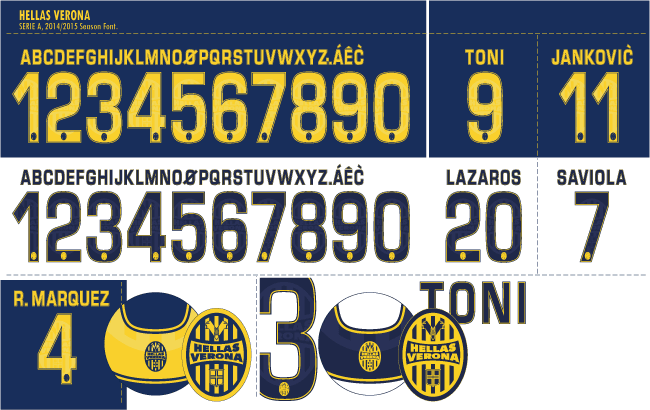 Additional features, on the back of the new Hellas Verona shirt appears the lettering “millenovecentotre” (1903) to remember the founding year of the Italian club. To honor the Serie A title won in 1985, inside the kit collar features the Scudetto as well as special elements to show the identification to the club and the city.