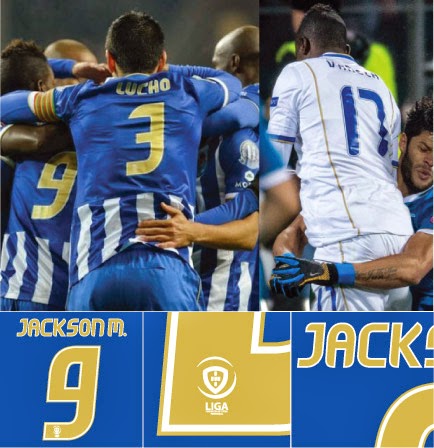 FC Porto kits, made by Nike and released in July, celebrate 120 years of the club’s existence. Porto are the reigning Portuguese league champions, having won the title in the 2012/13 season.
These season the club introduce three kits, Porto home shirt features blue and white stripes with a blue crossover V-neck collar with gold trim, and blue sleeves with a white cuff also trimmed in gold. The gold accents celebrate the club’s 120th anniversary and their successes over the years