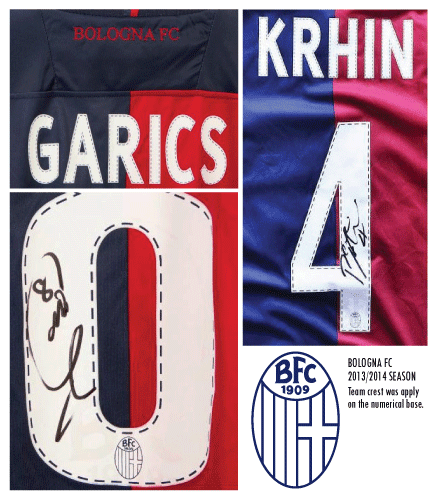 The green shirt designed by fans, has the names of Bologna’s Scudetto winning team from the 1963-64 season on it ( Furlanis, Pavinato for example, are two names clearly seen on this Bologna jersey.) This 13/14 season marks the 50th anniversary of that famous triumph.