Back to worked again after almost a week with the first 2017-18 font collection from AC Milan home kits. The new AC Milan home kits reverts to a more traditional look, inspired by the shirts worn from the late 1980s until the end of the past century.

AC Milan also introduced an all-new font for the 2017-18 season. The new Milan font is white additional with a monochromatic Milan’s crest on the bottom, just as last season. 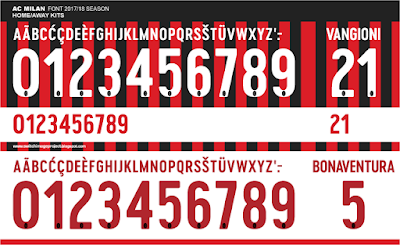