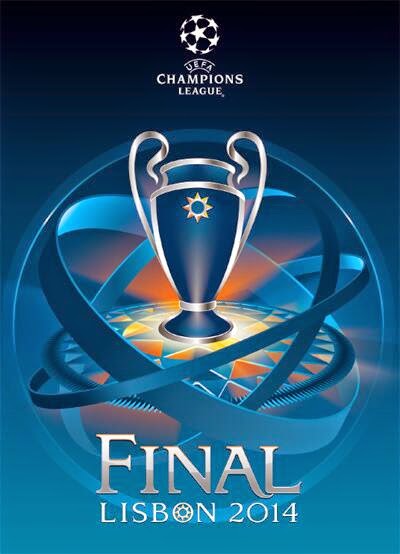 The 2014 UEFA Champions League Final match took place on Saturday, 24 May 2014, at the Estádio da Luz in Lisbon, Portugal, between Spanish sides Real Madrid and Atlético Madrid. It was second all-Spanish final and the first between teams from the same city. Real Madrid won the match 4–1 after extra time.The visual identity of the final Lisbon 2014 on 29 August 2013, the same day as the group stage draw. The design concept was inspired by elements from the Portuguese discoveries, namely the armillary sphere and the windrose, which were important instruments used by Portuguese sea explorers to measure the position of stars.