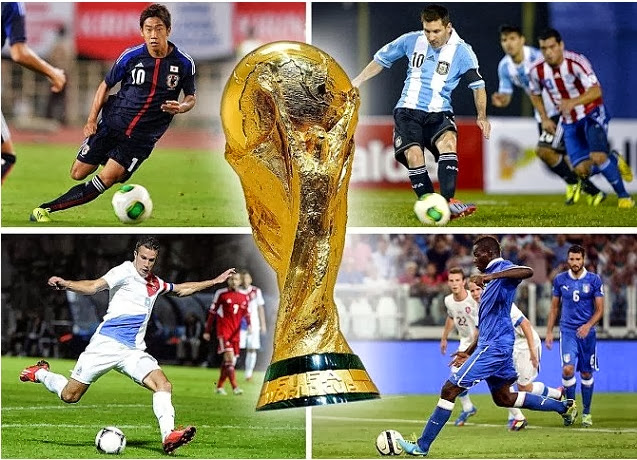 Less than a year away, with just 5 teams confirmed for the next year with Brazil the home side, and 4 Asian sides who finished their Asian World Cup qualifiers. So its hard to predict who is going to win the competition but if we look at all the World Cup qualifers around the world we can safely assume some of the big nations who will be going to Brazil. With teams like Spain, Holland, Germany, Argentina, Italy, Uruguay, Columbia, USA, Belgium and so on are cruising in the qualifying campaigns its hard to see any major upset of a big nation not making it to the finals. Lets first take a look at the 2014 World Cup Groups. 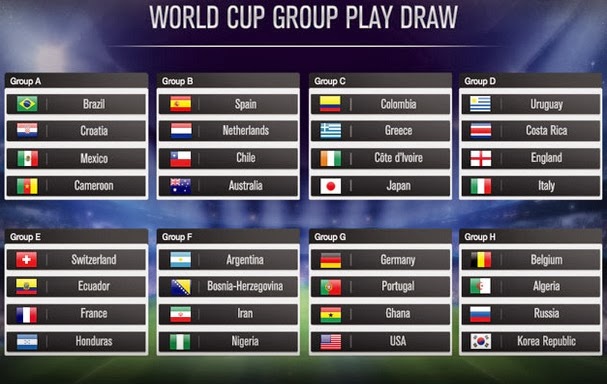 These are our predictions for the FIFA World Cup final and because as we all know the bracket of the world as Winners of Group A will take on runner up of Group B and so on. So according to that here is our predictions. 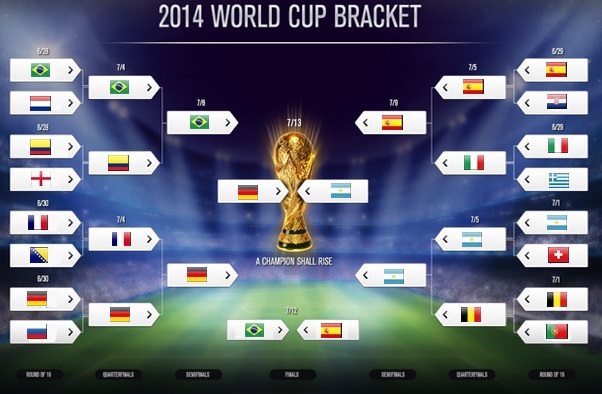 Germany and Argentina should reach final as the kind of draw the have. Below we will dicuss every group and how the team might fair in the world cup group stages. According to winners and runner-ups we can find out the potential round of 16 draw.

Worth backing – Spain:
Three back to back trophies and when I am writing this piece, they are in the finals of Confederations Cup made it there by beating italy on penalties again. A very solid side but they cant keep winning, can they ? Although its hard to look beyond them when picturing FIFA World Cup final, They should make it to the finals but won’t win it this time.

Potential Winners – Germany:
In last three World Cups they got close, runner up in 2002, 3rd place in 2006, 3rd place in 2010, this time they need to finish it off, maybe the Bayern Munich success will teach them how to finish off big events. As far their talent and team is concerned they have everything, goals going forward, steal in the midfield and rocks at the back, A Germany Spain final than for me.

Entertainment value – Netherlands:
A team blessed with talent, but will they waste it again this time around ? their World Cup 2010 and Euro 2008 performences were absolutely magnificent, they got the players and technique but lack of attitude leads towards unrest in and around the start of big event, hope they will go into the World Cup in one piece, can’t see them making it further than Quarterfinals.

Dark Horses – Italy:
Italians in the last couple of years have been giving youth the chance and they are making the most of it with great performences, not many players from the 2010 World Cup Squad left in the current setup, but young players have been very good although just got beaten by Spain in the Confed cup semifinal, but it was penalty lottery for spain. If these set of players are given a chance of consistant run in the team I think Italians should make it to Semifinals next year in Rio.

Favourites to Avoid – France:
They have improved a lot under Laurent Blanc, but need to keep their world Cup camp controversy free, should be good to make it quarterfinals not more than that.

Surprise Package – England:
First time in long time they will go into the event as underdogs, experts and fans dont rate them anymore and their boring 4-4-2 formation with wingers lofting balls into the box all day is not helping. They need to have a plan B to win close matches, but first have to play out of their skin to make it to the World Cup.

Ronaldo Factor – Portugal:
Portugal will be hoping that Ronaldo can bring his Real Madrid game to World Cup and he is their biggest hope, but Portugal with their dirty tactics can get a big scalp on their day. Good for Round of 16 or more if Ronaldo fires.

Hype and Bust – Belgium:
So much hype, got some really talented players but playing in South America possibly against South American side will be a tough task. They should get through their group but round of 16 will be their last game, unless they meet a minnow who made it their by a chance.

Probable Winners – Argentina:
Messi continually comes up short for Argentina, but in the last year or so he is scoring goals and Argentina need to develop their game around Messi for him to be successfull. They are like Holland but with past success, will they waste the enormous talent they have ? quarter finals at most for me.

Home Favourites – Brazil:
Hosts, are playing the final of the Confed cup and Neymar is living up to his hype and joined Barcelona and when we come closer to World Cup we will know how good is Neymar is after he play in European League and Champions League. From what we have seen of Brazil in the Confed cup is that they are good going forward and Neymar can creat goals but at the back they are not solid enough to beat the likes of Germany and Spain. Will make it to the semifinals if Neymar is in form.

Worth backing – Uruguay:
Their confed cup performences were decent at most, were humbled by Spain and Brazil beat them as well so their 2010 success is a long shot to repeat. Can’t see them having a great event but with the kind of players they have they should aim to make it to atleast quarterfinals.

Good value for Money – Columbia:
Now they are a team worth backing, some great players in the squad with the likes of Falcao and very good qualifying campaingn I can see them having an impact in very similar surrounding to what most of the columbian players are used to back home. Chances  > possible Semifinal berth.

[ we will discuss more about the Asian and African sides in the next update of this page, but in the meantime you do let us know how you rate the national teams chances in the next World Cup ? who you think will win it and who will go bust let us know with your comments.] 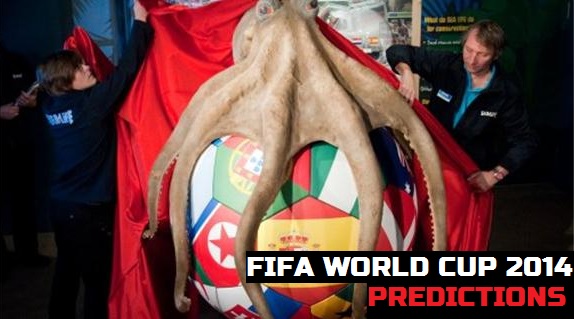