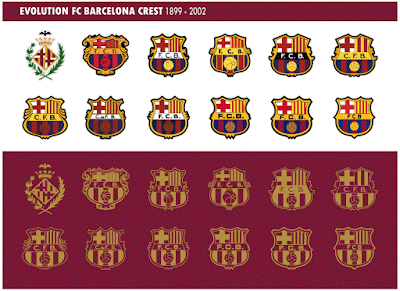 The club’s original crest was a quartered diamond-shaped crest topped by the Crown of Aragon and the bat of King James, and surrounded by two branches, one of a laurel tree and the other a palm.  It was the coat of arms of the city of Barcelona, This crest remained unchanged until 1910.