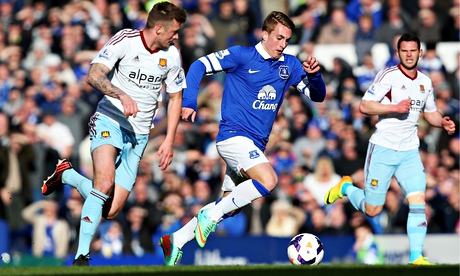 The 19-year-old joined Everton on a one-year loan deal from Barça last summer and has scored twice in 15 Premier League appearances.

Although he has enjoyed his time at Goodison Park, he is making plans to run out at the Camp Nou on a regular basis from the autumn.

“I am working hard with the aim of returning to Barça next season,” Deulofeu told Catalunya Radio. “I want to earn a place in Barça’s attacking line.

“I accepted the challenge [at Everton] last summer and I am happy with my decision. Now I am more mature as a person and as a player.

“Perhaps there was a lack of confidence in me [at Barcelona], but that is normal as I was young and it’s difficult to find coaches that trust young players.”