England put up another lackluster performance which see them got out of the world cup without winning a game, Hodgson made 9 changes in the starting lineup. 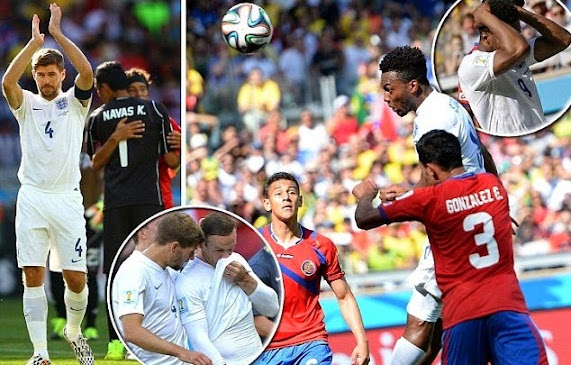 England are already out of the world cup having played two games and losing both while Costa Rica confirmed their place in knockout stages by defeating Italy and Uruguay in their opening two matches. Now if they can get a result against England they will confirm their place as the group winners. The game will be played on 24th june in Belo Horizente and the kickoff time is 17:00 UKtime.

The game is a dead rubber in many sense, England are already out and Costa Rica still can finish top of the group if Itay and uruguay draw their game or Italy beat Uruguay by more than 2 goals. England have only pride to play for and they would like to finish the tournament with a win.

Ox-Chamberlain has been ruled out of the match, while Roy Hodgson is likely to make number of changes in starting lineup with Steven Gerrard, Henderson, Bains and Probably Rooney set to sit on the bench. While Jack Wilshere, Lampard and Luke Shaw are expected to start for England.

Costa Rica might also ring a few changes having booked their place in the next round but it will be interesting to see how they go about this game having outplay Italy and Uruguay in the earlier games.

This is how I expect both teams to lineup for the last group match, we will have the confirmed lineups before the kickoff right here. 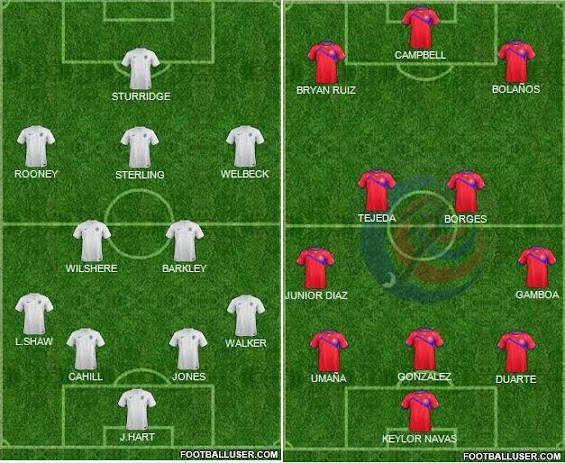 Costa Rica are the surprised package of 2014 world cup and in both of their earlier games they played with high intensity and did not let opposition have enough time on the ball. Now they can complete a trio of upsets with another win over highly ranked team.

England did not play badly in the both games but their finishing and decision making has been poor which cost them the place in next round. Rooney only scored one goal and had he was in form he could have had 4 or 5 goals to his name. I expect Sturridge to start upfront with Welbeck, Sterling and Barkley playing just off him. Because England dont have any pressure in this match I expect them to come good. I am going with a English win by 3-2 scoreline.