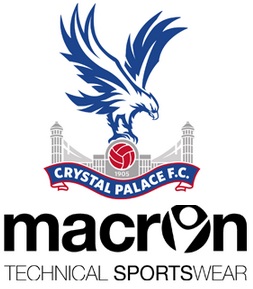 Crystal Palace who are doing okay in the premier league season 2013-14 so far, have signed a new 4 year kit deal with Macron who are getting more and more teams under their belt. The new deal details were announced on official Crystal Palace website and Palace have parted company with British kit supplier Avec Sport.

Macron will design and supply 2014-2015 Crystal Palace kits till 2017-18 season. Its a four year deal, the money is not disclised yet but it is beleived that the deal is worth between $2 Million to $3 Million a year.

Following are the mockup designs of Crystal Palace kits with Macron logo. These are not official kits just fan made mock up, while the new Crystal Palace 2014-2015 kit will be released in July 2014.