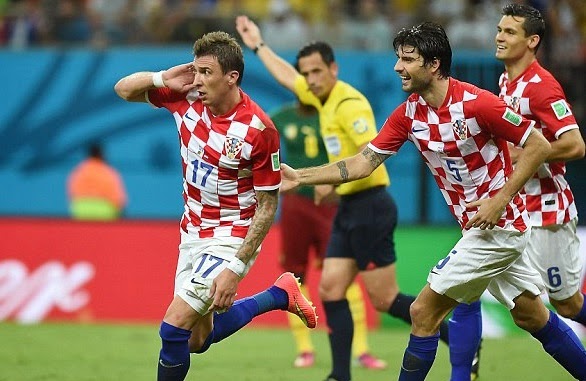 Cameroon disgraced themselves in this world cup

Cameroon did not deserve to be playing in the biggest sporting event, on and off the field their attitude has been absolute rubbing. Cameroon players were fighting for match bonus and fees with their federations which lead cameroon fa to promise $104,500 for each player in the squad regardless of the results. So what do they do ? they played rubbish football, should have lost 4-0 against mexico but got away with just 1-0 defeat and lost 4-0 against Croatia. Watch the match highlights.

Croatia will be taking on Cameroon in a bid to win all three points and keep their chances of qualification to knockouts stages alive. the game will be played on 18th june with the late kickoff at 22:00 GMT

Two losers from the opening games in Group A will take on each other in what is a must win game for both sides if they were to qualify for next round. Cameroon were defeated by Mexico in the first game when they outplayed throughout the game while Croatia got a bit unlucky against hosts brazil who came from behind to win the opening fixture of the world cup by 3-1.

Luka Modric is expected to be fit when Croatia takes on Cameroon in all important game in the group a of 2014 world cup, He had not train since the loss against Brazil but his coach is confident that Modric is more than 90% fit and will keep his place in starting lineup.

Coach Volker Finke is expected to make a couple of changes in the starting lineup and he must concerned after seeing a very lack luster performance by african side.

Below is the expected lineup of both sides and we will updated the page once the lineups has been confirmed. 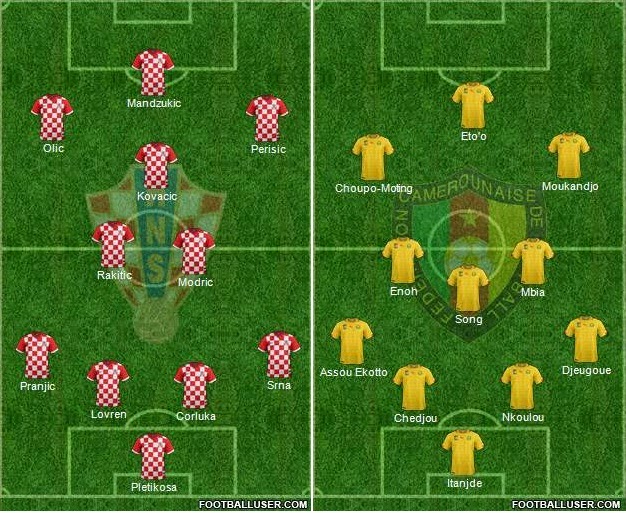 Croatia played reasonably well against 5 time champions Brazil but they got unlucky on couple of occassion with referee awarding a soft penalty against Croatia and a few other decisions. Cameroon on the other hand were outplayed by Mexico and although the scoreline does not suggest but Mexico created too many clear cut chances in the game. Cameroon will have get their defence tighter if they want to get somthing out of this match.

If Croatia performed at a level where they played against Brazil and Cameroon dont bring their A game, there is only result I can see in this match. I am going with a Croatia win with the scoreline of 2-1.