Costa Rica pulled a “rabbit from the hat” when the came from behind to win against uruguay to setup the first big upset of the tournament. 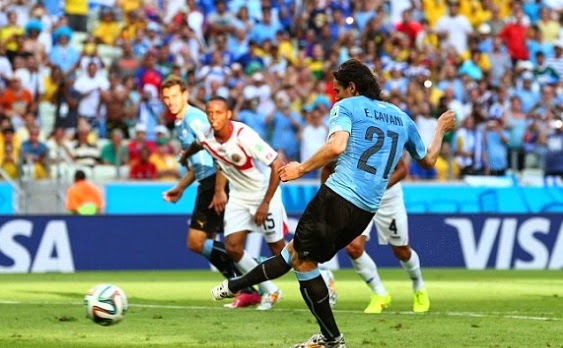 Uruguay started the game on the front foot against north american outfit Costa Rica who went into the game as big under dogs, things went as planned in the first half as Uruguay created more chances and managed to win a penalty which was converted by PSG striker Edinson Cavani in the 24th minute. Game was 1-0 at the break and Costa rica were still in the game without having put Uruguay under any real trouble. 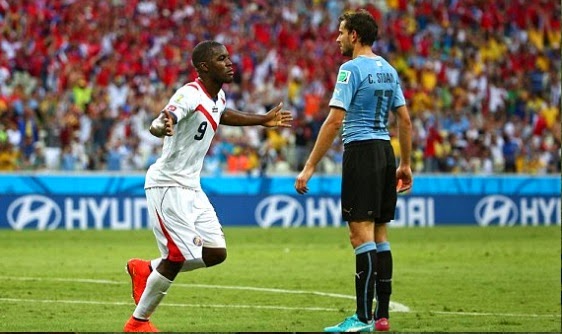 After the break however things turned around dramaticly as Costa Rica put Uruguay to sword, first they narrowly missed a couple of chances but they finaly got the equaliser through Arsenal striker Joel Cambell, this goal was followed by another quick goal in 57th minute when Oscar Duarte made it 2-1 for Costa Rica and setup a big finish.

Watch extended match highlights of Costa Rica vs Uruguay in the 2014 world cup Group D game, we will be placing the BBC match of the day footage later in the night. we have not placed any scoreline on top of the page so if you are looking for “no spoiler thingy” dont scroll beyond the videos

Uruguay tried to get back on lever terms in the last 20 minutes but Costa Rica had other ideas as they defended pretty good and managed to hold on to their 2-1 lead.