CONMEBOL Champion patches serve as item of pride for teams and fans, and in recent years the CONMEBOL has decided to implement them in their tournaments, following what has been done for years in UEFA competitions and various leagues around the world. At the level of South American teams we saw in the Copa America last year, when Uruguay jumped onto the field with a patch that identified as defending champions. Current winners Chile will continue its patch champion until 2019. 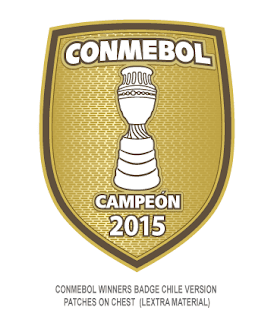