Colombia took an early lead through Pablo Armero, the goal had a hint of offside but colombians dont mind as long as they all count. Greece started the game on back foot and that early goal was kick in the teeth fortheir traditional defensive style. After the goal Greek side had to come out and take the game to Colombia.

Game was 1-0 at the break and although Greece put the latin side under some pressure towards the end of the first half, they were never really troubled in the final third apart from couple of half chances. Colombia on the other hand kept the intensity in their play which was rewarded in the 2nd half when Gutierrez scored in 58th minute to make it 2-0 and kill the tie off. 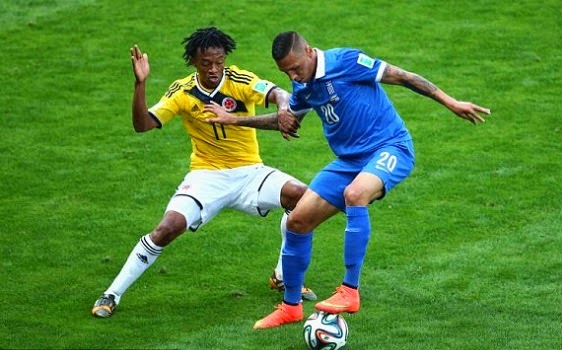 Greece found it hard to get past Colombia defence

We will be updating this page with extended match highlights in english and in some other language commentaries, while the BBC match of the day video will be available alter in the night.