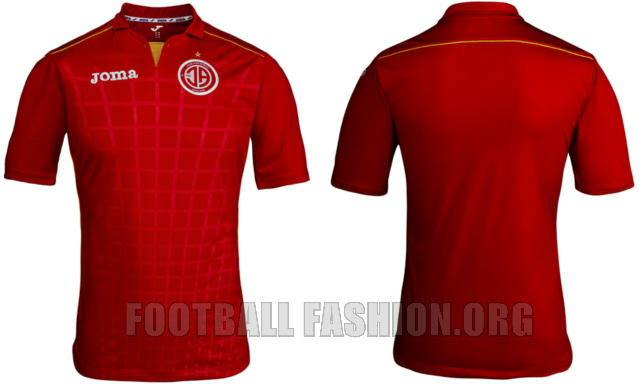 In Juan Aurich’s home red, the 2015 primary uses a design that debuted in 2013 via the Fiorentina 13/14 kits. One modification is the use of a textured checkered pattern on their fronts. 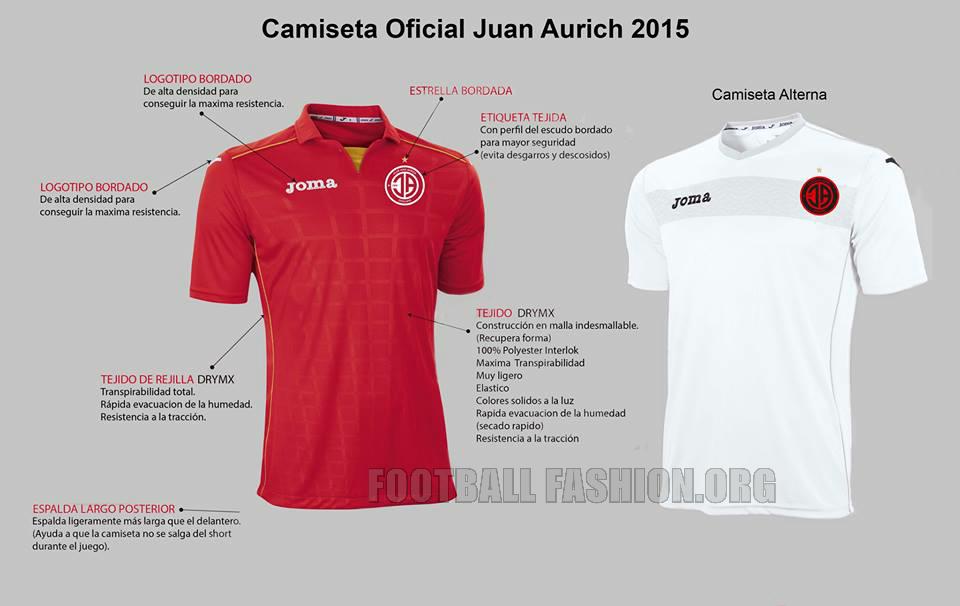 Nicknamed “El Ciclón del Norte” (The Northern Cyclone), Juan Aurich SA will don a predominantly white away kit in 2015. It is accented by a light gray v-neck collar and chest band.

Both kits feature a golden star above the club crest in celebration of Juan Aurich’s 2011 Primera División championship. 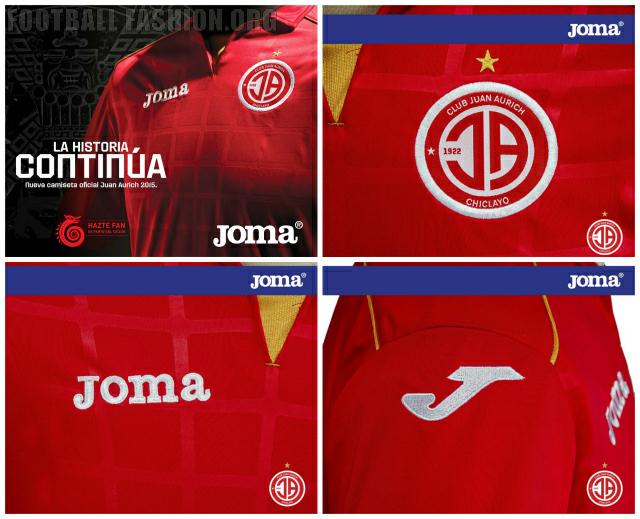