Chile secured a hard fought 2-1 win against Australia in the Group B match on Friday night, Tim Cahill trademark header was not enough to get somthing out of this game. 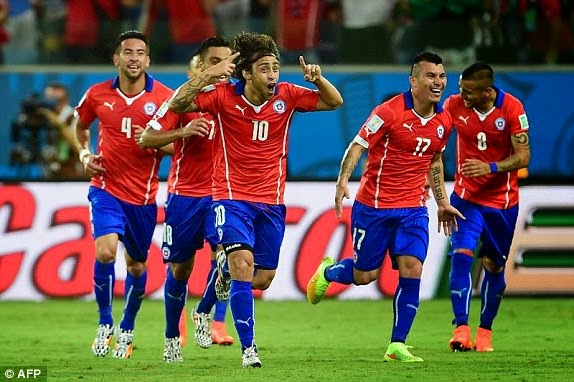 After spain’s loss against Holland, Chile went into the game against Australia knowing that a win in this match will put them in great position to qualify from this group. Chile are one of the most attack minded teams in 2014 world cup and they did live up to their expectations when they started the game on fire.

Barcelona forward Alexies Sanches scored in just 12th minute of the game after a nice move inside the box to make it 1-0, while couple of minutes later Chile were at it again when a quick turn a burst of pace opened up australian defence which lead to a nice chance where Valdivia produced a superb finish to make it 2-0. At that point it looked like game set and match for Chile as they were stronger, faster and played better football. 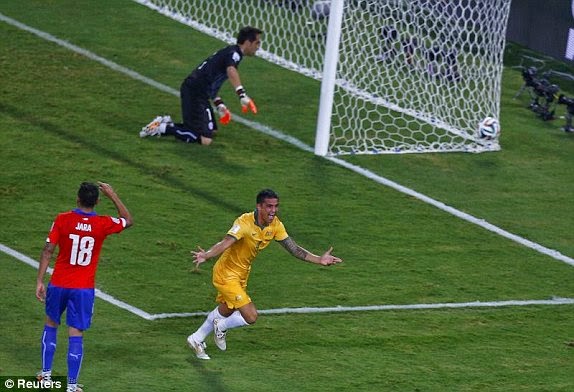 But Australian totaly against the run of play made a comeback, with a goal coming from Tim Cahill who scored an absolute tradmark header and all of sudden aussies had their tails up. Minutes later another chance fell to Cahill but this time he failed to finish of the move.