Chelsea both home and away kits for next 14-15 season has been leaked, and here are the images of where home kit is traditional blue/white colours while a unique yellow away kit is introduced. 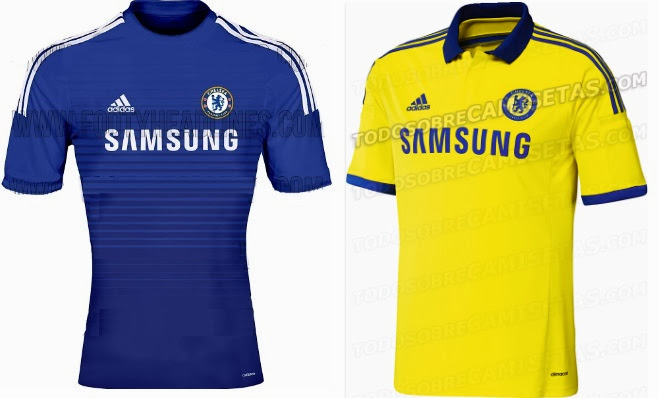 Chelsea extended their kit suppliers contract with Adidas till 2023 and their new 2014-15 official jerseys will be released just before the start of pre-season after the FIFA World Cup 2014. Though we already have the leaked images of both Chelsea home and away kits and read and see the details below. 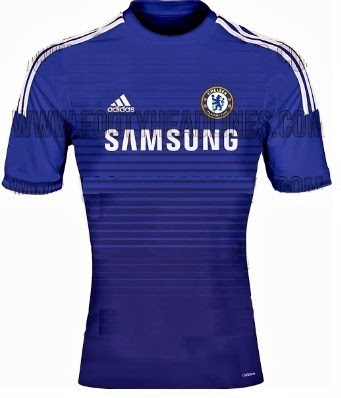 This is the blue/white chelsea home shirt for the upcoming 2014-15 season, designed by Adidas. 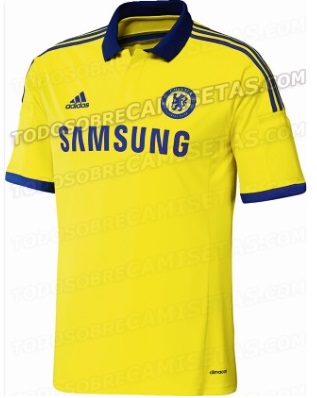 This is the new unique yellow colour away kit for Chelsea to be used in 14-15 season.

The new away kit comes in main colour of yellow while we have dark blue application on the cuffs, collars and three adidas stripes on the shoulder. The collar of the kit is polo style in blue colour and the official release is set for July 2014.

The alternative kit will come in dark navy/black colour combination. It will be similar to the Chelsea’s current 3rd kit being used in on going season.