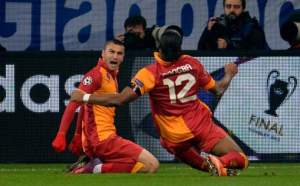 In the final game of the 2014 Antalya Cup we had Scotish giants taking on turkish giants Galatasaray in what proved to be a very closely contested game. Both sides had many chances to finish the game of earlu in the first half but they could not take their chances while 2nd half followed the same patteren as chances were created but failed to score through. So the game ended 0-0 and match went to penalties where it was evident that Galatasaray are favourties playing at home.

The final went to penalties and it was a close decision in favourite of turkish side who ran out 5-4 winners on penalty shoot out and celtic failed to take the oppertunity. They only missed 1 spot kick while galatasaray scored on all the spot kicks. game finished 5-4 in favourite of the turkish side.

You can watch the full match highlights from the 2014 Antalya Cup final game where we saw a dramatic ending to what was a eventfull short tournament.