Newly Promoted Premier League team, Burnley FC has released their home kit for 2014-15 season which is made by germany brand Puma, the kit was released today on Wendesday morning 25, June 2014. Here are the official released pictures of the Burnley FC kits.

The new kit comes with a traditiona burnley red colour with sky blue sleeves and collar. 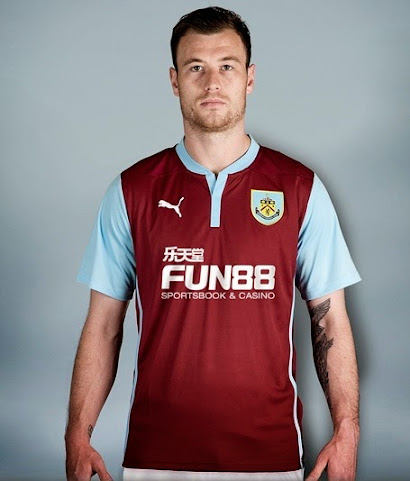 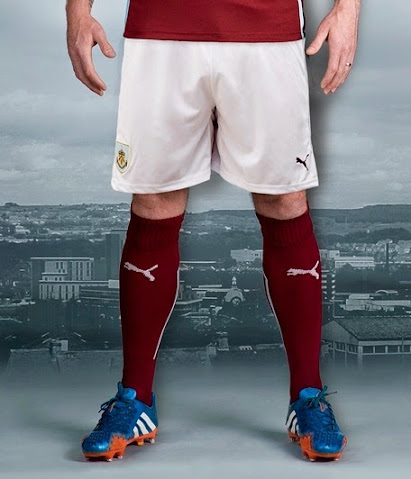 The features club’s main sponsor “fun88″ logo and the collar of the kit is in skyblue colour in small round with buttons shape. The sleeves of the kit are also skyblue and there is a vertical line on the side of the shirt.

The shorts of the kit will be white with Burnley FC Logo and black puma logo, while the socks will feature kits main colour of red with white application.

They will also be releasing two more kits, the away kit is suppose to released in just after the world cup while another alternative shirt should be unvieled before the premier league season starts.