David Luis opened the scoring with a close range header at the far post after flick-on from Thiago Silva from a corner kick and Belo Horizonte erupt in joy but it did not last longer as Barcelona forward Alexies Sanchez scored 10 minutes after the Luis goal to make 1-1 on the day. The game was stayed at 1-1 till the first 45 minutes and Brazil were slightly the better side. 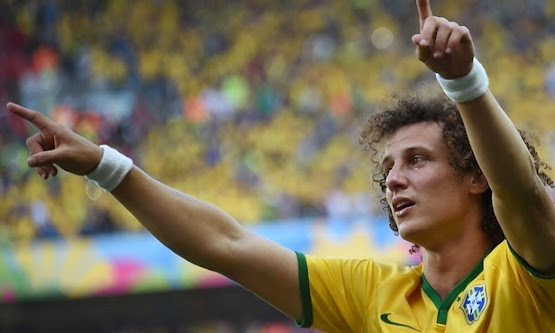 Luiz headed home the opening goal for Brazil in first half

The game was played at a high tempo something like video game stuff, Brazil created the better chances but Chile went into the half probably the happier side. After the break it seemed for a while that Hulk has put Brazil 2-1 up with a neat finish after he control the ball on his chest, but Howard ruled it handball much for the frustration of Brazilian crowd. Looking at the replay it looked a bit harsh on Hulk as it appeared that ball just brushed his upper arm and armpit area. 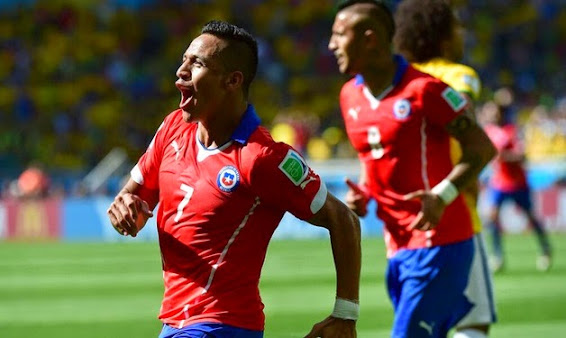 Alexies Sanchez was on target to make it 1-1 on the day.

In the 2nd half overall Chile were the better side, Brazil struggle to creat any clear cut chance apart from that Hulk handball goal. Julion Cesar made a wonderfull save in second when Charles Aranguiz near post shot was superbly saved by Brazilian keeper.