After the embarrassing World Cup last year, Brazil is ready to bounce back hard and take the Copa America to prove that they are still a powerhouse of football. Copa America is at the door and they are letting everyone know that they are here.

After the world cup, Brazil is on fire and if they can continue like that then they might end up as the best team of Copa America this season. Winning this will get them some of their dignity back and they took the time to get some new players who can make the change for them. Their biggest concern maybe the fact that they are gonna miss out Oscar due to injury. The 23 man squad is given below – 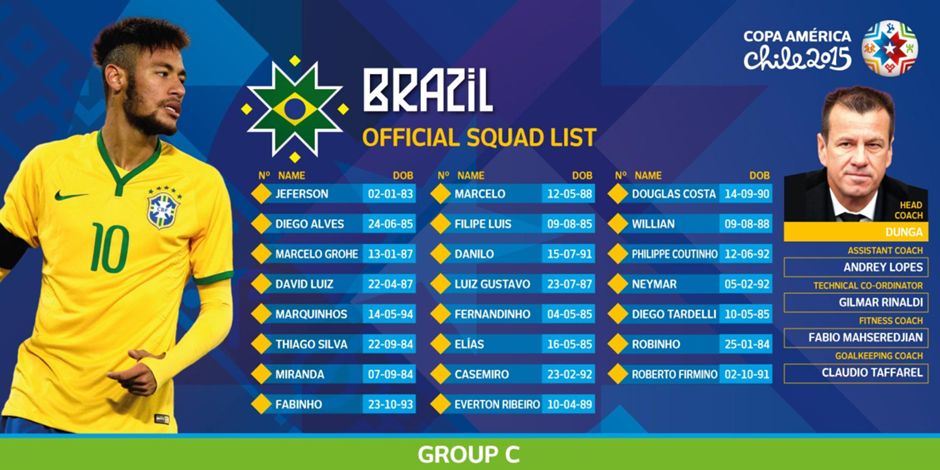 Neymar, the Brazilian genius would be the key on offense. He is a good striker and has had a very good season this year. Silva would be the key on defense and with some other good defenders like Marcelo; they can stop any teams’ defense. If Kaka returns then they will have a midfield star on their side that can turn the tide of the match at any team. They are a balanced team and they will look to rock this tournament.

Brazil team will most probably focus on new players. That may allow them a better team but they would still be not very experience. Other than Neymar, they don’t have a striker that they can rely on. Their midfield is pretty weak and they will be missing Oscar who played very well in the world cup. Their defenders are good but they makes mistake and it became bad in last world cup.