Portugese side FC benfica has released their home kit for 2014-15 season while their away kit is been leaked online and here are the full details of both kits and official and leaked images.

Here is the official pictures of Benfica kit which was released by Adidas and it comes in with a classic red colour. The kit comes with a small v-shapped collar in slightly darker tone of red colour while we have this compass design on the front of the kit with three adidas stripes on the shoulder.

The shorts of the home kit will be white with red application and the sock will be red. The kit has been released and its available to be purchase.

This is the new away kit designed by Adidas for SL benfica starting from 2014-15 season. The kit is leaked image. 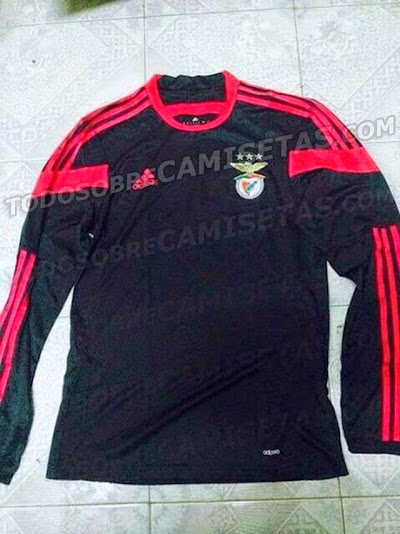 Comes in a black as main colour and we have red colour stripes not only on the shoulders o fthe kit but also on the sleeve. The small round collar is also in red colour. The kit will be released somewhere in July 2014 after the world cup.