Belgium took on Algeria in a game where a upset was expected and Algeria scored through a penalty goal in the first half leaving a lackluster Belgium side going into the break 1-0 down. After the break however “Red Devils” up the temp and managed to turn things around with 2 goals coming in just 5 minutes. 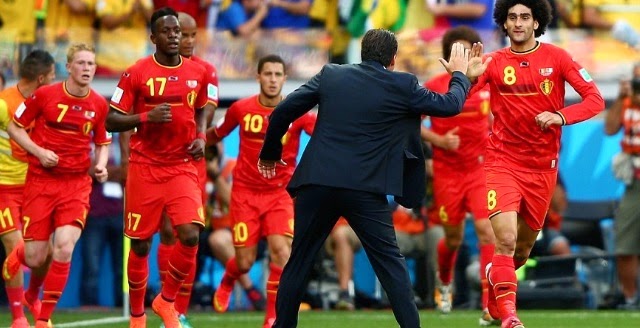 Super-sub Maroune Fellaini scored a header to bring Belgium back in to the game.

Great things were expected from this Belgium side, the best in history of belgium football. But things did not go as planned in the first half as Algeria frustrated them with 10 men behind the ball and a penalty goal. But Manchester United midfielder Maroune Fellaini came from the bench to score a header and martinze scored another to make it 2-1 and all three points. 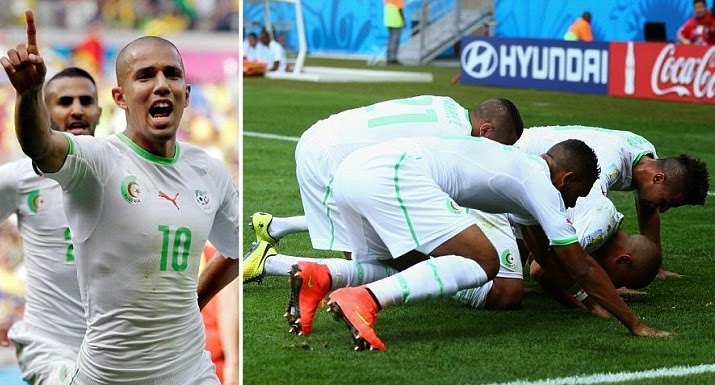 Belgium will go into the opening game with massive expectations, their current squad is rated very highly and they should perform with many of their players at the peak of their careers. They take on Algeria in the opening group game and although on paper it looks likea mismatch but make no mistake about Algeria credentials. Under coach Vahid Halilhodžić they have become a force to reckon with in African football and will test belgium to the limit.

From the looks of things, we should not get any surprises in the starting lineup. I can only see a choice between Dembele and Alex Witsel while Lakaku should start upfront with Hazard, De Bruyne and Mirallas supprting in while Fellaini to start with Wisel.

Algeria has many quality young and faster players so there starting lineup is far more difficult to predict going into the first match. Nabil Bentaleb might start the game while algeria going with two forwads in Ghilas and Mehraz. 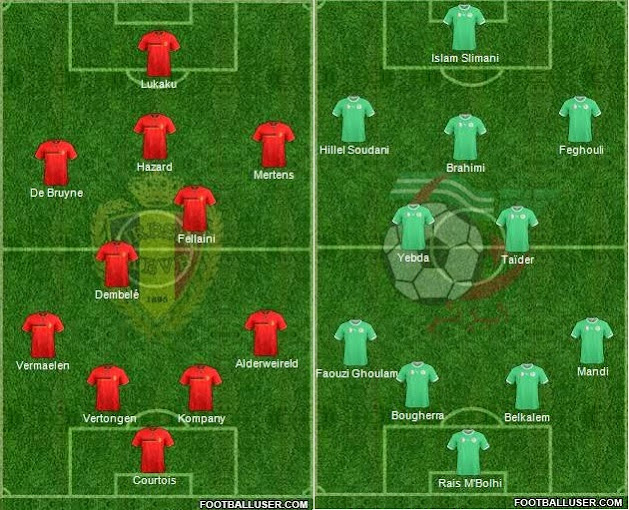 If you are expecting Algeria to get a hammering think twice, they are quality young side with loads of pace on the wings and coming from full backs which will cause Belgium problems on the wings as “Red Devils” are likely to start without any natural full back. Having said that Belgium are blessed with so much talent and I think moment of individual brilliance will get them a narrow win. Its 2-1 beglim for me.