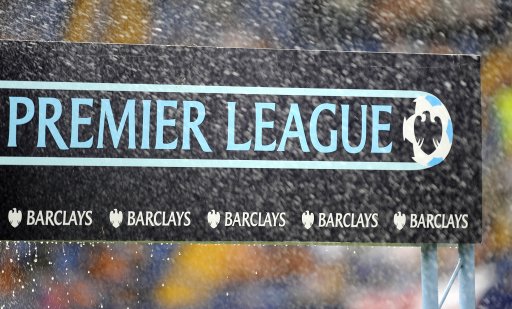 English Premier League ticket prices continue to soar heading in to the 2015 season….

Tickets to see your favorite Barclays Premier League teams play is not a cheap hobby. The League has had the most expensive ticket prices in comparison to German and Spanish seat costs, and has gone up an average of 6.5% for season tickets since last season (2013-14). 11 teams in the EPL saw ticket costs for the lowest price season tickets, and 12 team’s had the average price of the highest costing season pass go up.

Most noticeable is last season’s champions Manchester City, and their reasonable price of £860. Unfortunately for Tottenham fans, the London club are asking £1,895. Only topped by their North London rivals Arsenal and their season ticket price of £2,013. Check out the full list of English Premier League ticket prices for the 2014-15 season, courtesy of Sportingintelligence: 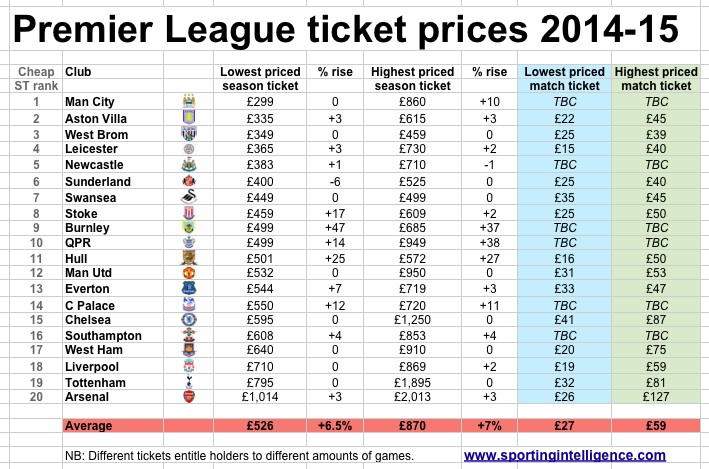 So the more expensive clubs like Chelsea can ask for up to £87 for their most expensive match seat, in comparison to Hull City’s £16 lowest price seat….English Premier League tickets are certainly worth more than gold in weight….