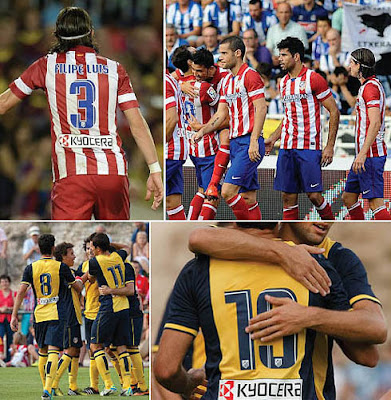 I’m already decide that these blog will be my updated football font worked and collection.To celebrate club’s successes and heritage and the 110 years anniversary, Atlético Madrid 13-14 new Nike Home and Away Kits include a label in the neck with a new slogan for the club where you can read inspirational motto for the club ‘110 years of legend'(110 Años de Leyenda 1903), in honor of the anniversary of the club, as well as a small Spanish flag on the back in reference to the identification with national sentiment. Additional new style design font wascreated for the club kits. 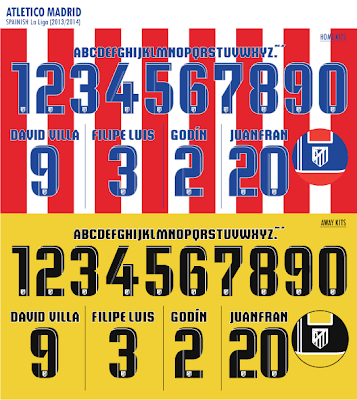 Atlético Madrid 13-14 Home Shirt inspired by the one worn on the 1960s. Collar With the small blue filled V-Neck, bit darker than usual the tradition red and the blue colour to celebrate the Spanish League and Spanish Cup title won in 1965/66. Away Kit is inspired by the colors of the Atlético Madrid crest and suits well to the colors of the sponsor ‘Azerbaijan’ as well.