Athletico Bilbao are one of the biggest teams who finished 4th in the Spanish league this season, they will be playing the Champions League football next season alongside other three big sides from spain. They signed a kit suppliers contract with nike in 2013 and Nike designed away kit has already been leaked online.

The all new Athletic Bilbao home kit has been leaked and here is the first images of he kit. 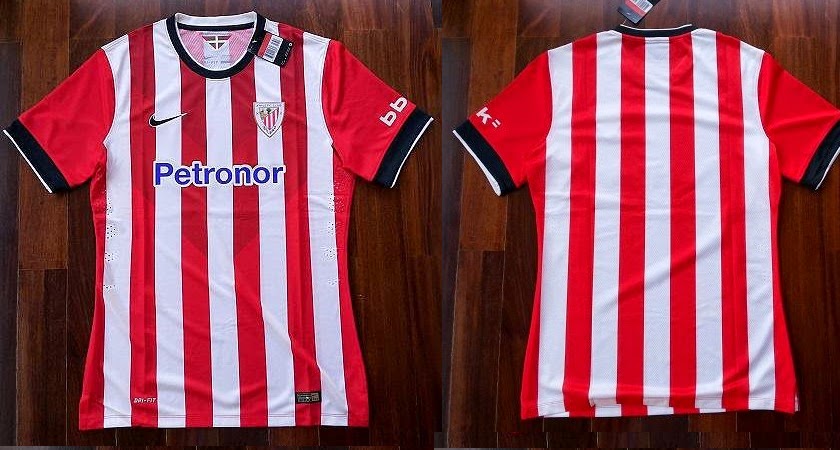 The new home kit comes in tradition style with red and white vertical stripes while the collar of the shirt is small round with black/white application.

This is the unique away kit which comes in green colour (traditional Basque Flag colour) while there is white and red colour applications.

The new away kit comes in tradtional Basque Flag colours and thats perfectly fitting as Athletic only sign players with Basque background. The kit main colour is green while the collar is small round in white and red application. There is red colour desing on the shoulders of the kit as well. There is basque flag on the inside collar.

The end of sleeves have white/red design as well, petroner (oil company) is the clubs official sponsors. The kit is suppose to release during pre-season and we will update this page with the officialy release pictures once they are unveiled.