[ BBC Match of the day highlights will be available shortly, untill than enjoy these short video highlights plus goals ] 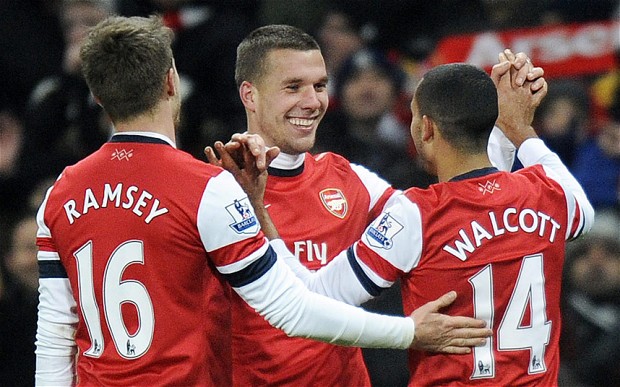 Arsenal had a wonderfull chance of going top of the table after both City and Chelsea over took them earlier in the weekend, Arsenal took on Aston Villa in birmingham and they ran out 2-1 winners in what was a great game for the away side which will surely put them into the driving seat for the League title race. Arsenal scored the first goal through Jack Wilshere who scored from a good ball from the left hand side from Monreal while minutes later Arsenal doubled their lead with a well taken goal from Olivier Giroud.

Arsenal took control of the match throughout and they had many chances to kill the game off. Now Arsenal are top of the table having played 21 games with 48 points on the table, Manchester City are just 1 point behind while Chelsea have two ppoints deficit to Arsenal. You can watch all the goals video and full match highlights here. Match of the Day Video from BBC Sports will be available later in the night.