AS Roma signed a 10 year contract with american sports brand Nike as their suppliers for the official club merchandise and stuff, in the 2013-14 season Roma used a kit designed by themselves as their contract with previous supplier ran out, now Nike will be designing their kits for the 2014-15 season and we already have the leaked images of the Roma 2014-15 season.

This is the new nike roma kit for 2014-15 season, which they will be using in coming season 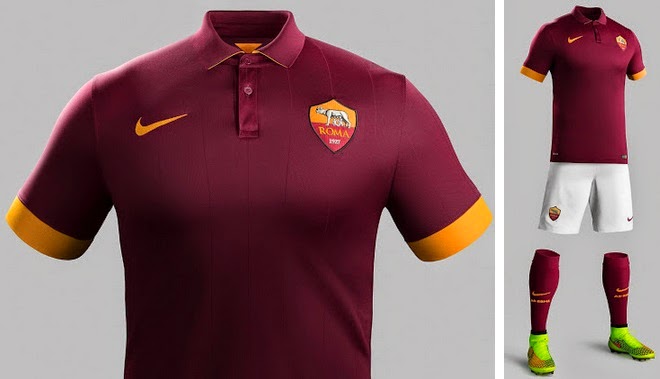 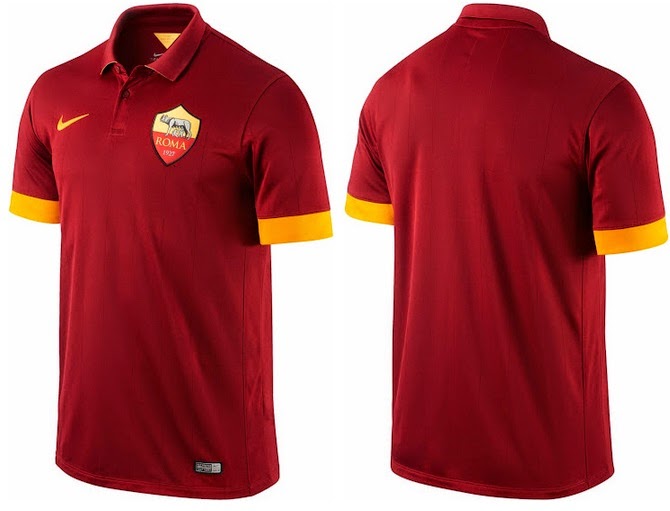 This is the new Roma away kit which was released today, comes in white colour with red and orange stripe design. 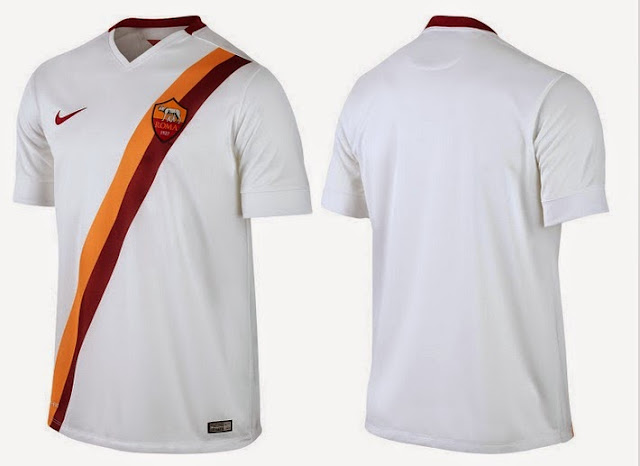 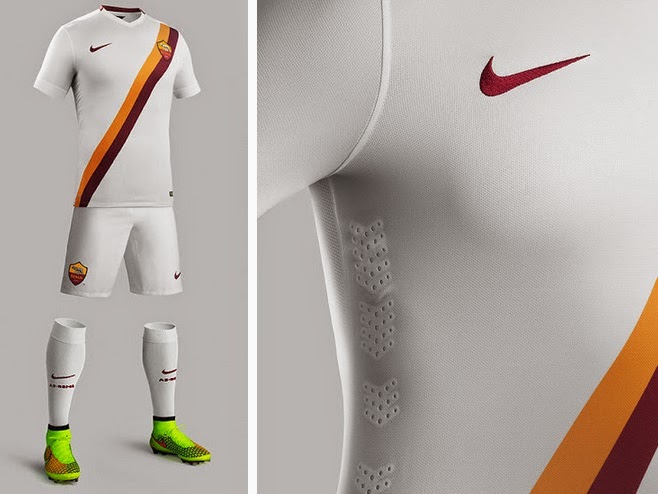 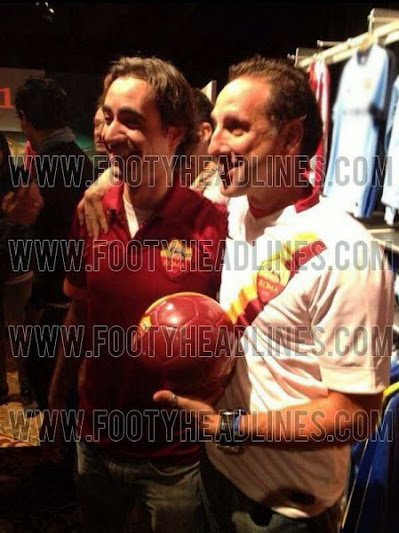 Nike Roma Home Kit 2015
The rumoured new design looks pretty impressive to say the least. Both home and away kits bring tradition and modern roma idea with the kit desing. The home kit colour comes in maroon as the main colour, while we have yellow colour application with pola collar. The shorts of the kit will be white and maroon colour.

Roma Away Kit 2015
Roma away kit will be in white colour, with yellow and dark red colour sash from left soulder to right hip, though in the above away kit the crest is used from older version of Roma crest, which was used in 2010/11 season away and third kits.