Arsenal defeated Manchester City in the community shield game on sunday afteroon by 3-0 in and announce their intentions for the upcoming premier league season, watch highlights blow.

In the traditional curtain raiser of premier league season, Premier League champions Manchester City took on FA Cup winners Arsenal in the community shield match at Wembley stadium this sunday afternoon. Both teams went with full strength squads and it was Arsenal who took the lead through Santi Cazorla who scored in 21st minute of the game to make it 1-0 for gunners. 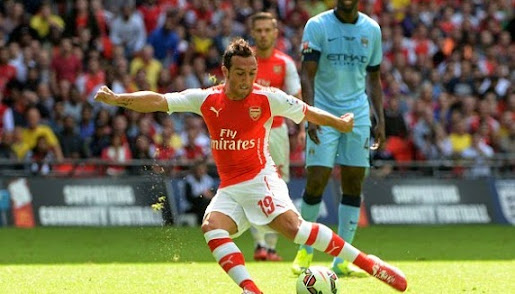 Arsenal took the game to city with their slick one touch passing and better overall attacking gameplay and they were rewarded with the 2nd goal of the game which came through Aaron Ramsey who scored in 42nd minute to make it 2-0 and put the game to bed for Arsenal as they went into the break with a 2-0 lead and City had mountain to climb.

Arsenal’s french international striker Olivier Giroud missed a couple of chances earlier in the game but he made no mistake when he scored third of the day for Arsenal and made it 3-0 for london club. His goal was quite special as he is known to score inside the box but this time he let a 25 yarder shot scream past city keeper to make it 3-0 and game set and match. 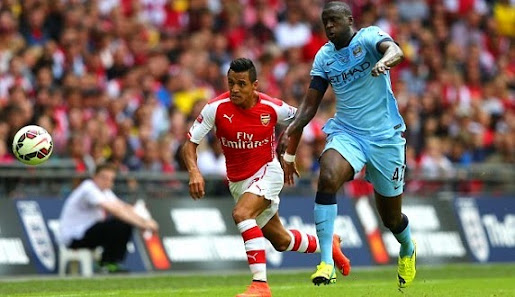 This is only the 2nd time in last 34 games that Man City has leaked 3 or more goals, they are absolutely stunned but a very professional display by Arsenal. I for once can not wait for premier league season to finaly get underway.