Arsenal to lose Terry Burton after overlooking him for academy job 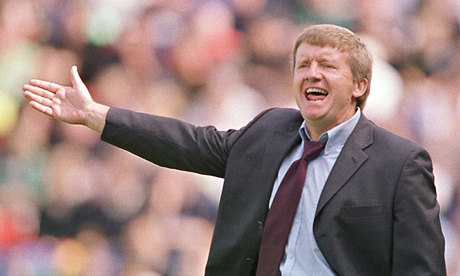 Arsène Wenger’s decision to bring in a Dutch coach to replace Liam Brady at Arsenal has led to problems with another member of his backroom staff and will prompt a reshuffle behind the scenes at the end of the season.

Terry Burton, Arsenal’s Under-21 team manager, has decided to leave in the summer after being overlooked to take over from Brady as the head of Arsenal’s academy and youth development setup. Wenger is bringing in Andries Jonker, currently assistant manager at Wolfsburg, and Burton will move on, two years into his second spell on the club’s coaching staff.

Burton was appointed in July 2012 after the retirement of Pat Rice, with Steve Bould and Neil Banfield moving up to work for the first-team in the most significant re-organisation of backroom staff since Wenger arrived in 1996. However, the Arsenal manager chose against promoting him into Brady’s role, preferring to go abroad to bring in a coach who has previously worked as an assistant to Louis van Gaal at Barcelona and Bayern Munich.

Burton, a part of Arsenal’s FA Youth Cup-winning team in 1971, helped to bring through Tony Adams, Paul Merson and Martin Keown during his first coaching spell at the club. He has since had a spell as manager at Wimbledon, as well as various coaching roles at Watford, Cardiff City, West Bromwich Albion and Sheffield Wednesday, and he was among a four-man shortlist recently to become the new manager of England’s Under-20 team. The Football Association decided instead to give the job to Aidy Boothroyd.

Wenger is preparing for his 1,000th game at Arsenal in their match at Chelsea on Saturday. Arsenal are planning to mark his long-service with a presentation on Friday and the League Managers’ Association also intends to honour the Frenchman.