Arsenal who were rumoured to switch their Kit Suppliers from Nike to Puma for the 2014-15 seasons onwards, today there is a picture of Theirry Henry and current Arsenal stars doing the rounds where Theiry Henry is seen with the new Puma Arsenal Home kit which is suppose to be the 2014-14 season shirt.

This is the official released image of new Puma Arsenal 2014-15 home kit to be used next season. 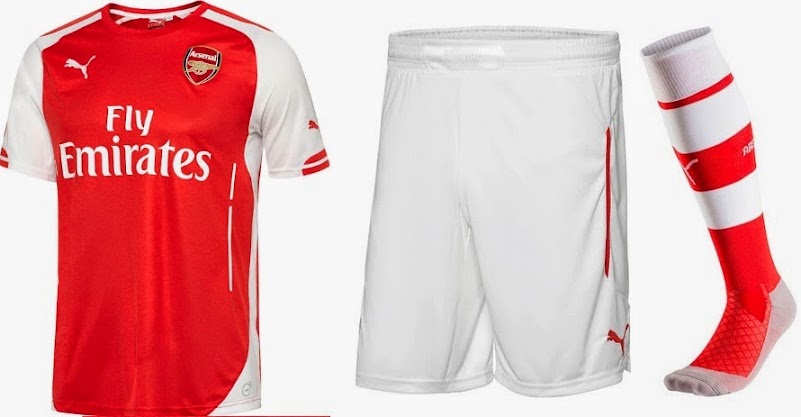 Puma Arsenal kit has been leaked on Internet today as a picture was tweeted where Henry is seen wearing Puma shirt, The new kit sponsorship with Puma is a mega £30million a year over five years contract and the new kit comes in tradition white/red colour for the home kit.

On the right side there is this leaked away kit which comes in Yellow colour to be used in 2014-15 season by Arsenal. Official release of both kits are set to July 2014. 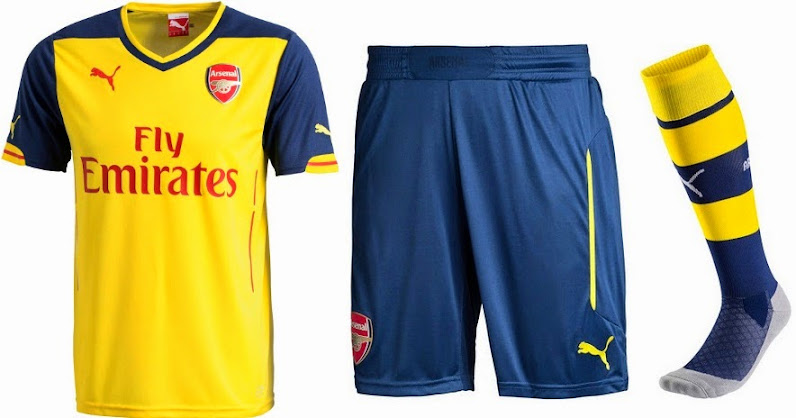 This is the new unqiue designed Arsenal third kit which will be released somewhere in the summer this year.