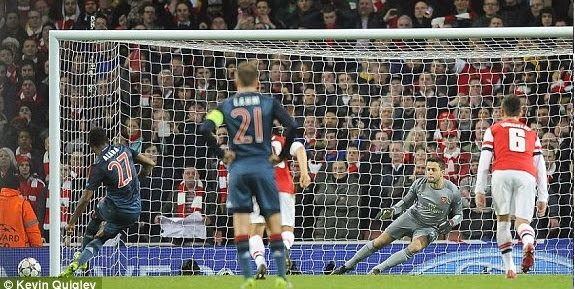 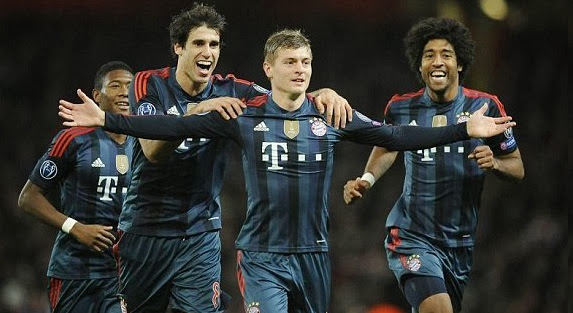 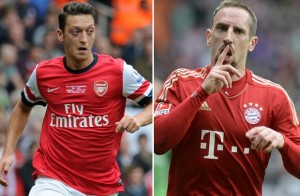 In the UEFA Champions League games played on Wednesday night we had two big games, Arsenal hosted Bayern Munich in the repeat of last years clash where Bayern pervailed on away goals, This time around Arsenal were a much better side but Bayern Munich got even better and this was promising to be a belter of a game at Emirates Stadium.

Arsenal started the match in great fashion and they won a penalty in just 9th minute of the game but German international Mesut Ozil missed the spot kick and there goes Arsenal’s hopes of getting the early lead. Wojciech Szczesny got sent off and that left Arsenal facing the mountaint to climb. Though David Alaba missed penalty kick just before the break kind of gave Arsenal some hope to clinge on to the draw but an early 2nd half goal from Toni kroos changed the complexsion of the game and put Bayern Munich in driving seat.

Thomas Muller scored 2nd goal for bayern Munich and the repeat of last season is what Arsenal facing going into the 2nd leg and that 2-0 defeat pretty much rapped up Arsenal’s european campaign, now they can focus only on FA Cup and Premier League.