Argentina beat Bosnia by 2-0 to register their first win

One of the best attacking team in the world cup, Argentina the two time world cup winners start their campaign with a game against Bosnia in “Groud F” to be played in Rio De Jainero on Sunday night at 23:00 uk Time: 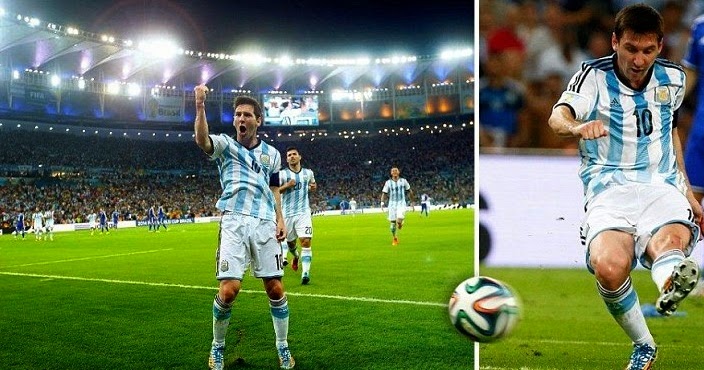 Lionel Messi created one and scored one goal to get all three points for Argentina.

Lionel Messi scored his trademark goal against Bosnia to get a win for a very lackluster Argentina and this game couple have gone either way or draw and no one would be surprised. Messi himself is walking whole match but just two moments of magic where his burst of pace leave defeders in shadows and he created one and scored one.

Argentina had to dig deep to get a result against Bosnia, they took the early lead when Lionel Messi created havoc in the box which lead to own goal but after that Argentina’s gameplay was mediocer to say the least. Bosnia grew in confidence and they kept going forward and created a few decent oppertunities.

After the break game came to life as both teams pressed forward for a goal and it took moment of magic from Lionel Messi to score the 2nd goal for argentina. He ran with a ball, beat a couple of players before unleashing a trademark low curling effort from the edge of the box to make it 2-0. Ibisevic scored in 84 minute to get Bosnia a lifeline but Argentina managed to hold on to their lead. 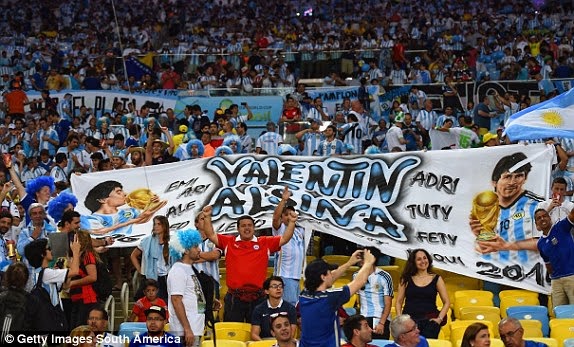 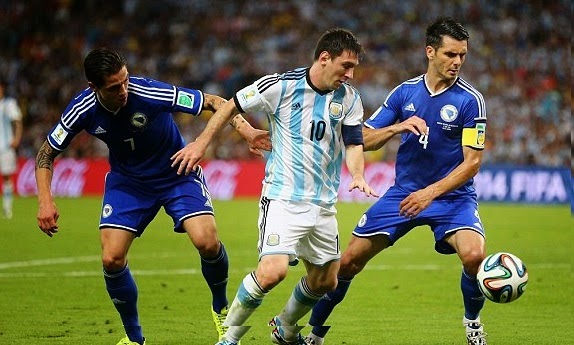 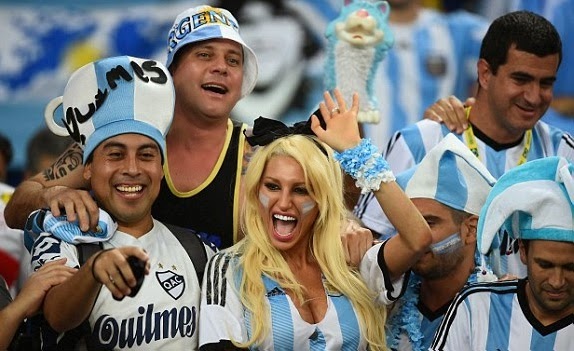 Both teams had great support at Marcana, while local Brazilians cheered Bosnia

Argentina were the favourites in the last three world cups but they always came up short in the knockout stages, nwo they have a chance and a great team to back up their claim as one of the best football nation in the world. Playing in very familiar conditions of South American, Argentina has all the ingrediants and attitude to go all the way this time around. Bosnia do have some quality players in their lineup and I expect them to get through this group with Argentina.

One of the favourites to lift the trophy, Argentina has the strongest strike force in the world cup. With Aguero, Messi and Di Mari you have goals coming from everywhere. While they also have the liberty to call Higuain and Rodrigo Placio from the bench. Bosnia on the other hand are no pushovers, a very tough and physical side who can lock horns with the big boys. Here is the strongest lineups of both sides. 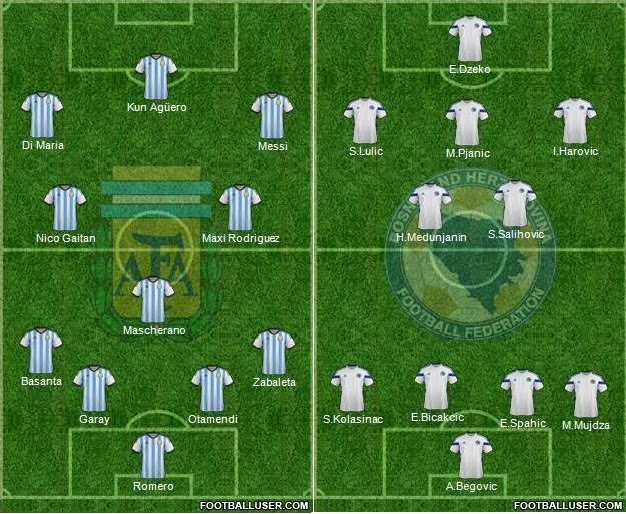 Argentina are a quality attacking side, Bosnia on the other hand likes to keep the shape and stay compact when defending. Its a typical attack vs defence game where Argentina will have more of the possesion abd will create more chances but Bosnia will be looking to counter attack with pace and use the tall man city target man Dzeko.

On paper it looks like an easy win for South American outfit, but I won’t be surprised If bosnia and herzegovina manage to get somthing out of this match. Having said that if Messi’s fitness levels are good I totaly expect him to take this world cup by storm. I am going with a 2-1 win for Argentina in this one.