Today we bring you the latest leaked image of Juventus home kit for 2014-15 season which comes in traditional design and colours. This will be the last season when Nike will be supplying Juventus kits as from 2015-16 season onwards Adidas has signed the kit suppliers deal with Juventus.

This is the new Juventus home kit which will come in black & white stripes in traditional juventus style. The nike logo and and inner collar details will be golden with a big polo style collar. 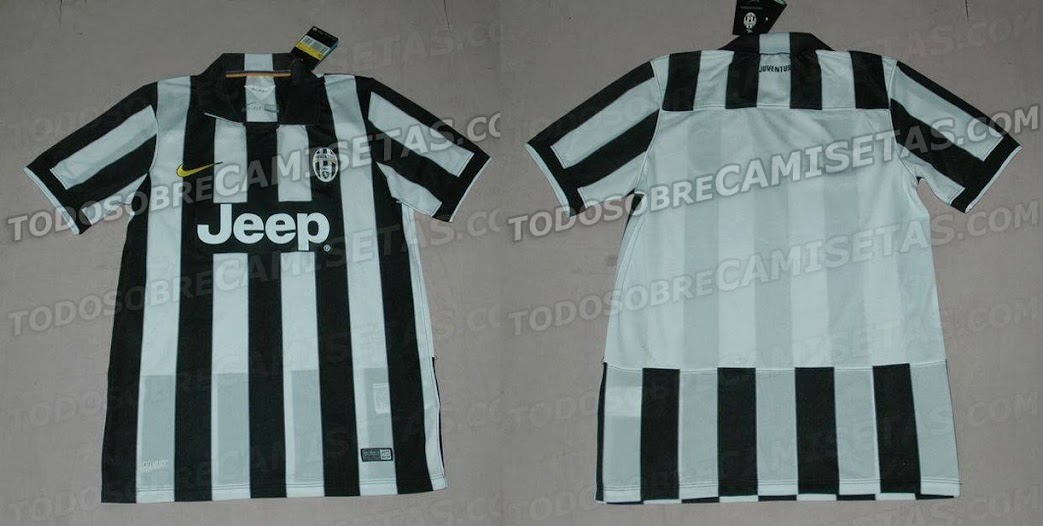 Juventus new nike kit is pretty boring to say the least and thats maybe because of the fact this is the last time Nike will make their kits. That kind of take away the inspiration to be creative.

There is nothing new as far as the home kit is concerned. But hopefully away and third kit will be more creative.

The away kit will come in Blue colour with golden details while the third kit will be greenish. The official release date of the home kit is in July 2014 while away and 3rd kits will be release a month later. 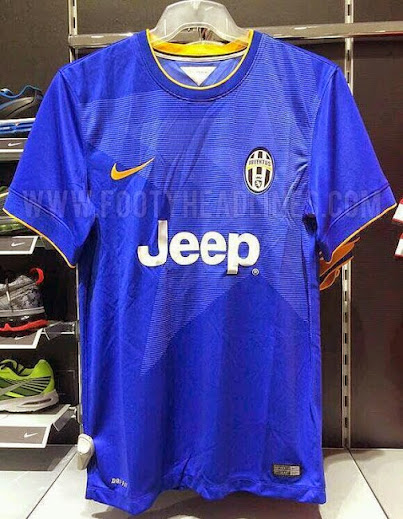 This is the new greece alternative (third) kit for Juventus which will be used in 2014-2015 season.  It comes with black details and polo collar. 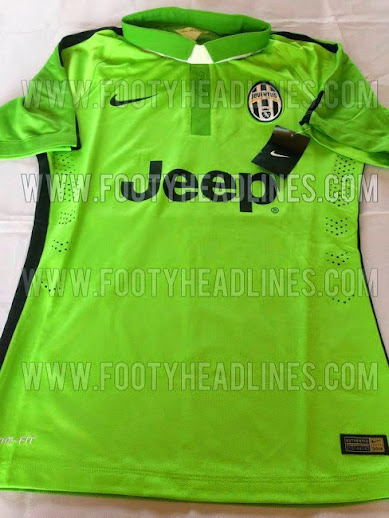 For more kit leaks and released check out this dedicated football kits page where you will find all the information about 2014-15 kit releases and leaked images.