This is a knockout tie in every sense the winner of this match is going to the join Belgium from this group in the knockout stages, Although Algeria can just get a draw which will be enough for them to qualify for knockout stages given Belgium dont lose against South Korea with big margin.

Russia must win this game to get through to the next round, Fabio Cappelo side has been a big disappointment in the first two games but the kind of results we had in this group they are well and truely in with a chance of making it to the next round. Below as the short match preview and possible starting lineups of both sides.

Both teams are bound to make couple of changes in the last group game and here is how I expect both sides to lineup. 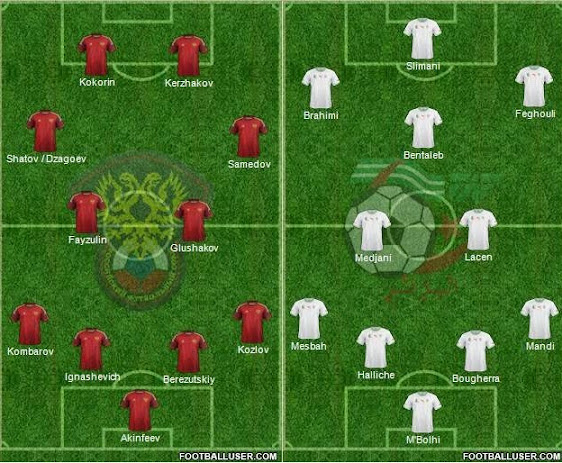 This game is promises to be a cracker of a game, Russian have been very defensive but they have to come out and attack Algeria and try to win the game as they can qualify for next round with a victory, Algeria on the other hand are a team full of confidence after the tore South Korea apart in their 2nd group game scoring 4 goals which is a record by a african side.

ALgeria are a very physical side with speed on the wings, which can cause all sort of problems for Russian defence but I think Capello will be able to organize his defence in a manner which can make life difficult for Algeria. I am going with a Russia win in this one, possible a late winner.