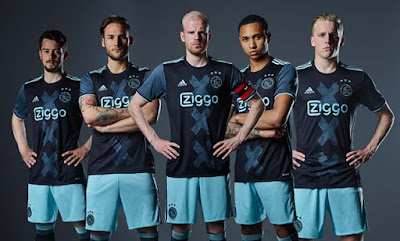 The new Ajax away shirt is predominantly dark blue with lighter body color accents on the shoulders. The three crosses of San Andrés (Andreaskreuz) on the front takes inspiration from the Amsterdam city coat of arms. The the three Amsterdam crosses seem to have the same color as sleeves. Thin piping on sleeves have a greenish color officially called “Bold Onix” including three stripes Adidas features appear on the shoulders. Moreover neck, round format has a much darker black hue. Ziggo are principal shirt sponsors. Grrenish “Bold Onix” shorts and darker socks complete the look of the new Ajax away kit for 2016/2017. 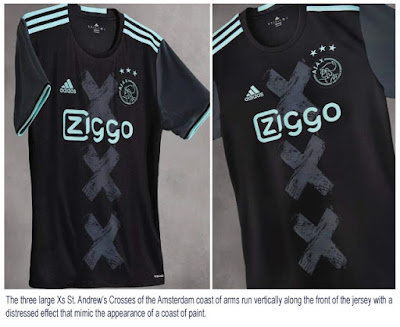 Additional featured new Ajax Amsterdam font design were launched for 2016/2017. Ajax debut this shirt on the final match of 2015-16 Eridivisie when he takes away to De Graafschap at the Vijverberg on May 08, 2016 in Doetinchem, Netherland. A sad afternoon for Ajax at De Graafschap (1-1), Ajax was fatal. 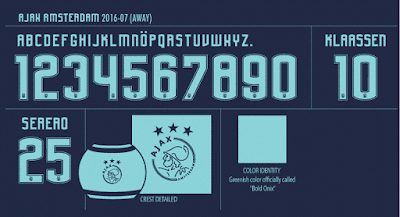