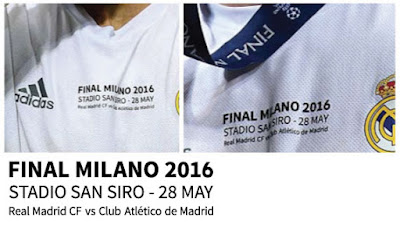 Atlético Madrid and Real Madrid match details print was apply in the shirts during 2016 Champions League final Milano on May 28, 2016 at San Siro, Milan, Italy. Atlético Madrid will take the field in their traditional white and red stripes, while Real Madrid in tradition all white kits. Placed centrally on the both team Final Jersey are the match details – “Final Milano 2016 – Stadio San Siro – 28 May – Real Madrid CF vs Club Atlético Madrid”. Additional features the Champions League and Respect badges on the right and left sleeve, respectively. 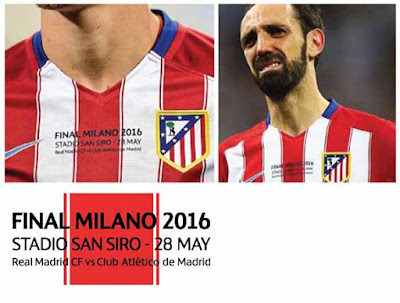 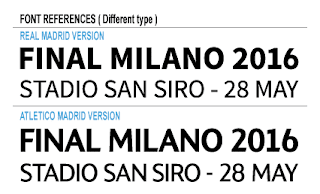