Nike being the no 1 sports goods manufacturer in the world, has team kit suppliers contract with many clubs around the world and with 2013-14 season half way through from now to the start of next season we will keep updating the latest news about kits releases for club and countries, we will put up info for leaks and released kits throughout the season. Today we are going to show you Nike’s new teamwear kit templates which will be used for many top side’s team jerseys and national team kits. lets start with the brand new 5 templates which are introduce for 2014-2015 kits.

The brand new template introduce by Nike for 14-15 to 15-16 season is Laser II jersey template. 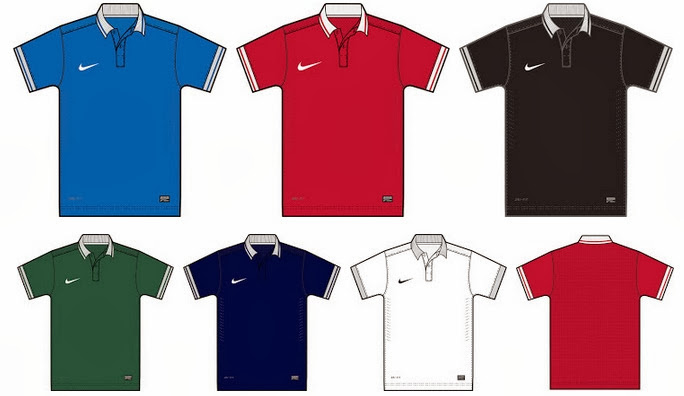 This template comes with traditional big collar in polo style shirts. Its a premium template which comes with Nike Laser holes technology.

This is another brand new kit template and from the feedback we have recieved its the best one according to Nike teamwear kit fans. 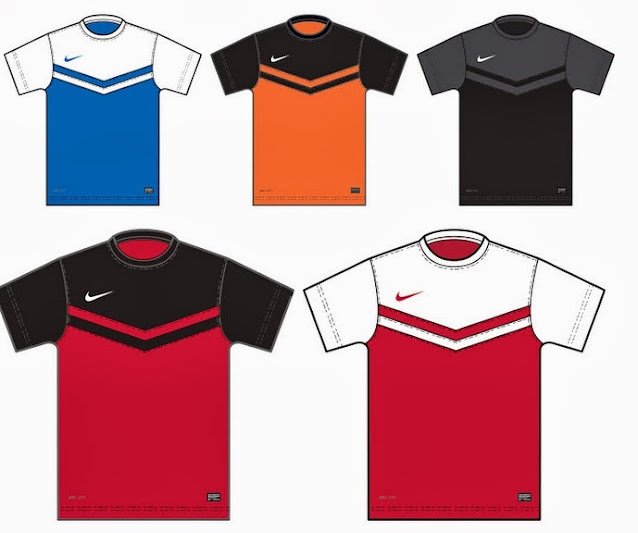 This is another brand new nike template for which will be in use till the end of 2015-16 season. 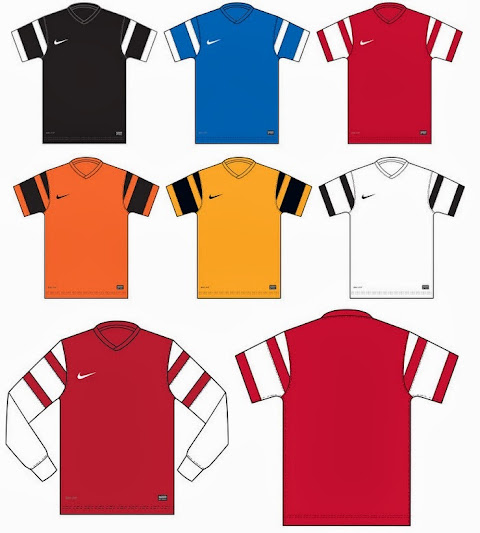 Now this is a unique and brand new edition in Nike teamwear kit templates, which is supposed to be in Nike’s use till the end of 2016-17 season. 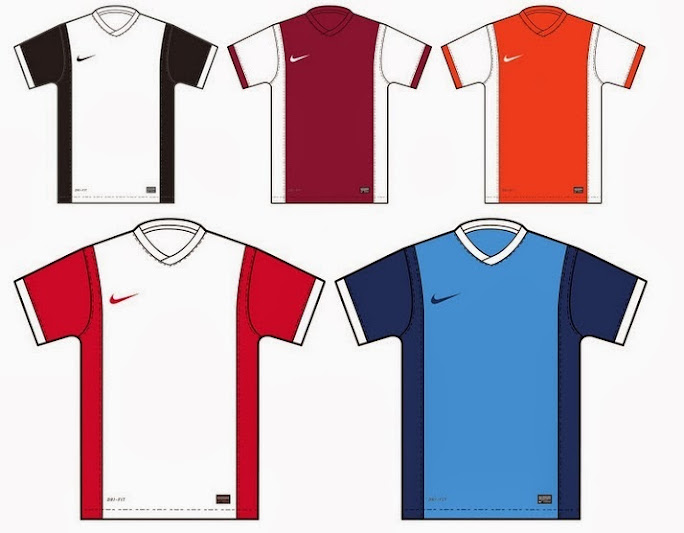 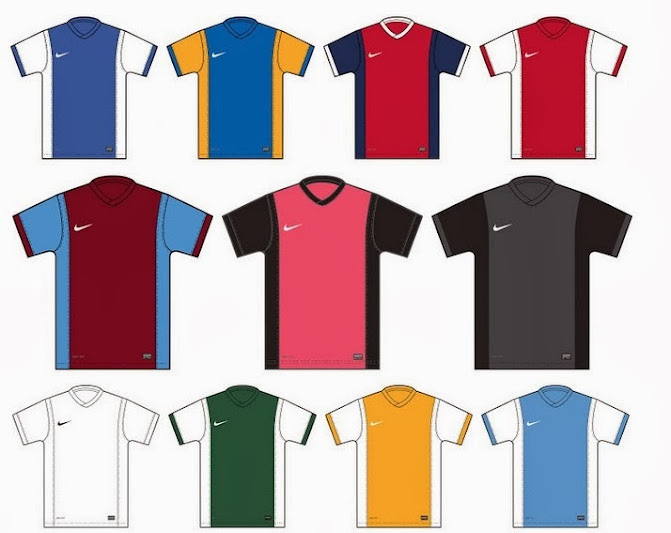 This a simple vertical stripe kit template which will be available in number of colours which you can find in the pictures. 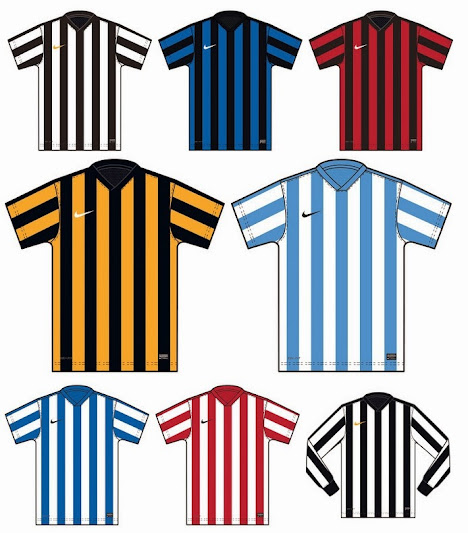 This is the current nike template which was released in 2013 and will be used at the end of 14-15 season.

It is available in 5 colours of Maroon, dark grey, white, blue and sky blue. This is another Premium template from Nike which is available in the marker for around 50 Euros 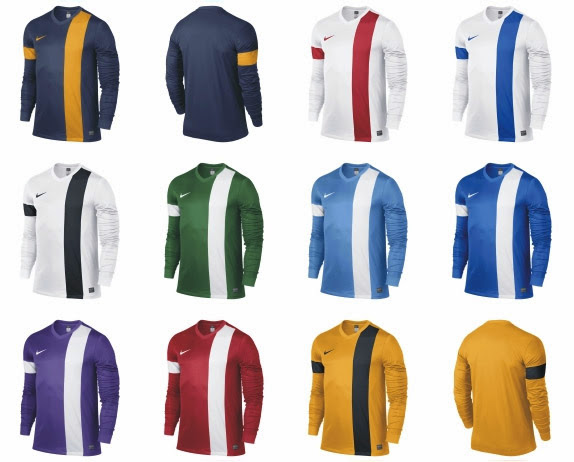