The new Champions League & Europa League official match balls for 2014-2015 season has been leaked. These balls will be used in in 2014-15 season starting from september this year from group stages to the semifinals and we might get a different ball for the Champions League final.

This is the new match ball for competition starting with the group stages in september this year.

We might see a different ball for the “2014-15 final” to be played at Olympiastadion Berlin in May 2015. Though this is confirmed that the above ball will be used in the group stages and the knockout stages of the competition.

Following is the ball which is going to be used throughout Europa League 2014-15. This ball is inspired by the “Barzuca world cup ball” design and feature a striking red, yellow colour design similar to the one used in world cup ball panels. 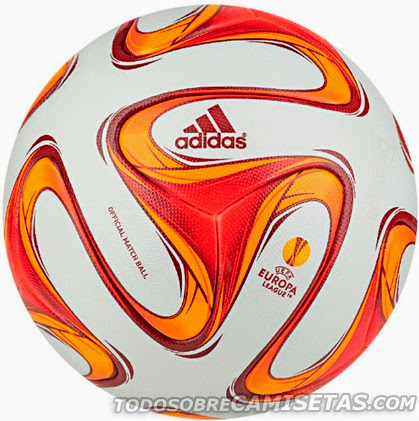