Premier leauge is the most popular professional sports league in the world and it tick the box of the most watched league around the world as well. Its the greatest players who have graced premier leauge have made what Premier league is today, we have seen some legendry midfielders in premier league clubs ranks and we take a look at 10 of the best in last 22 years.

The below ranking is based on the players trophy cabinet, goals and number of times they have appeared for a certain club to be classed legend. 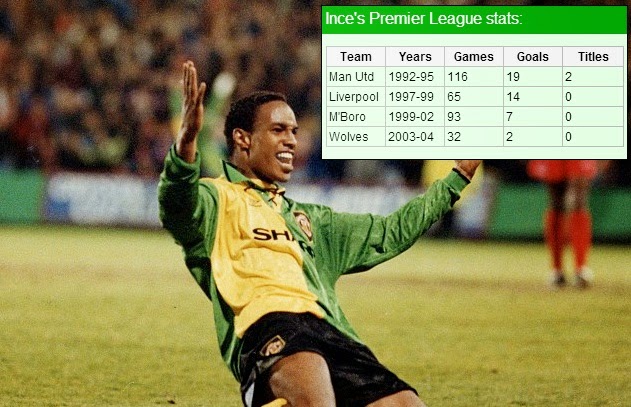 Ince was at the peak of his career when he played for Manchester United, appeared in 116 games for United scoring 19 goals and winning two league titles. He went to arch rival Liveprool where he played a couple of seasons scoring 12 goals but could not help mersey side reds to win any trophy. 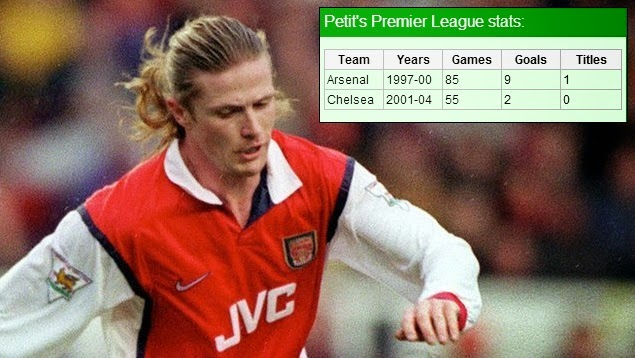 French International was part of two london clubs in his 8 year career in premier league, started with Arsenal where he played three season and won the premier league title scoring 9 goals in 85 appearences for the gunners. He later moved to chelsea making further 55 league appearences in English football and scoring 2 goals. His peak year was in 1997-89 when he helped Arsenal to do a double of League and FA Cup while winning World Cup 98 with France. 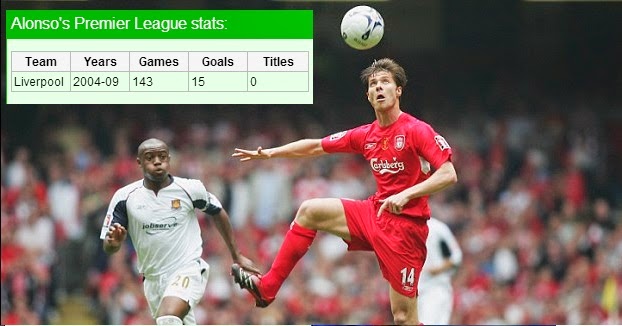 Spanish youngster made a switch to english football very early in his career and he never looked back, Alonso was quality on the ball and could defend very well as well. Alonso played 5 season’s in premier leauge for Liveprool and was instrumental in helping Liveprool win the 2005 Champions League and guided them to a very narrow 2nd place finish behing United and that as close as liveprool has come to a premier league title. Alonso played 143 game for Liverpool scored 15 goals in premier league. 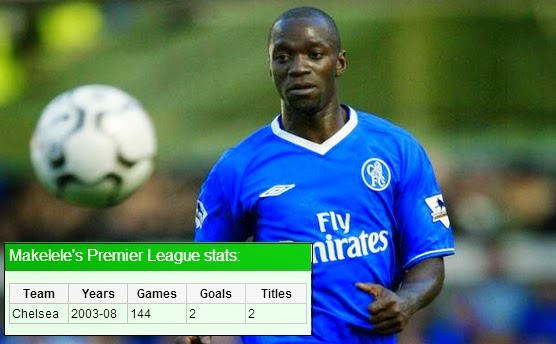 Makelele was so good as a defensive midfielder that sometime this position is refered to “Makelele Style”. He was not the most skillful player and only scored 2 goals one of which came through a penalty in his last year at Chelsea. But he was there to look after defence playing deep in midfield, his 5 years in Chelsea shirt resulted in 2 premier league titles. Probably the greatest defensive midfielder of all times.

Younger brother of Kolou Toure who City bought from Barcelona in 2010 has been such a success and probably the best midfielder in premier league in last 3 years. He is a powerhouse in the centre of the park, not only he can defend well but he scores important goals as well. Already made 134 appearences for City scored 38 times in the league and guiding them to two hard fought league titles. 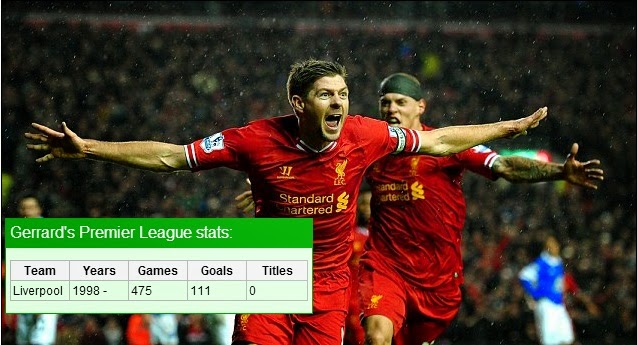 Probably the best midfielder in last decade of premier league, he had everything, pace, power, passing and a fierce shoot from both close and far range. He has won every for Liveprool but the premier league title. Constantly finished as Liverpool’s best player year after year and had he won 1 league title atleast he would easily be the greatest midfielder of all times in premier league. Gerrard has played 475 matches for Liverpool and scored 111 goals won the FA Cup twice, guided Liverpool to Champions League won a couple of Carling Cups and UEFA Cup.

Former Gunner great, Patrick Vieira was quality and just like Yaya Toure he was a power house of a midfielder and dominated english football for such long time. Played 9 season’s for Arsenal from 1996 to 2005, played 279 matches and scored 28 goals and helped Arsenal win three league titles and four FA cups. Since his departure Arsenal has just recently won their first trophy and that FA cup 2014. 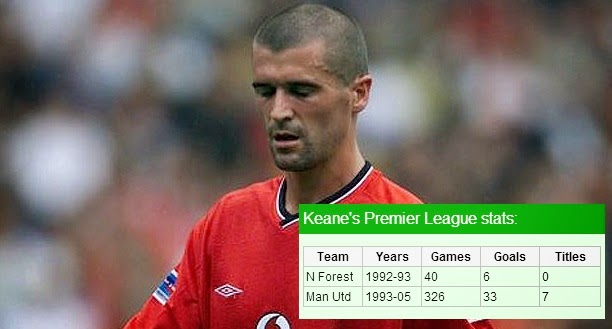 Keane started his premier league career in Nottingham Forest shirt played the 1992-93 season scoring 6 goals which lured Sir Alex to bring him to United. Roy Keane was a brutal and fearles central midfielder who dominated english football with his desire and passion. Went on to become the captain of United guiding them to 7 league titles and 3 FA Cup plus that famous Champions League win over bayern Munich in 1999. 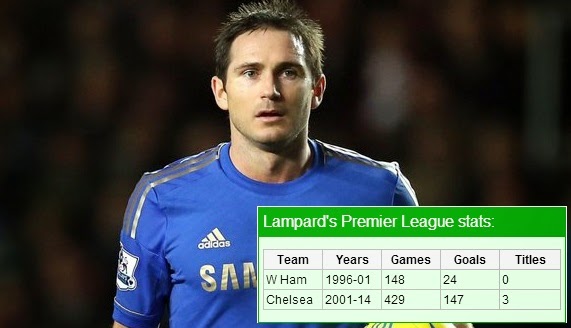 recently announced that he will be leaving Chelsea at the end of the 2013-14 season but not before his 13 year career with Chelsea where he appeared 429 times scored 147 league goals and guided them to their 3 league titles in last decade. He also won Champions League and Europa League with Chelsea in successive season and a FA Cup and couple of League Cups complete his trophy cabinet.

A complete package and probably the most skillful player of the other 9 mentioned above. Scholes was the product of United youth academy and he played 19 season’s with Manchester United where he made 499 league appearences scoring 107 goals and created many more with his slick passing and that eye for killer pass. Zidane and Xavi describe scholes as their favourite player. Scholes is also one of the most decorated players in the world having won 11 premier league titles, 2 Champions League, 4 FA Cups and 5 League Cups with Manchester United.